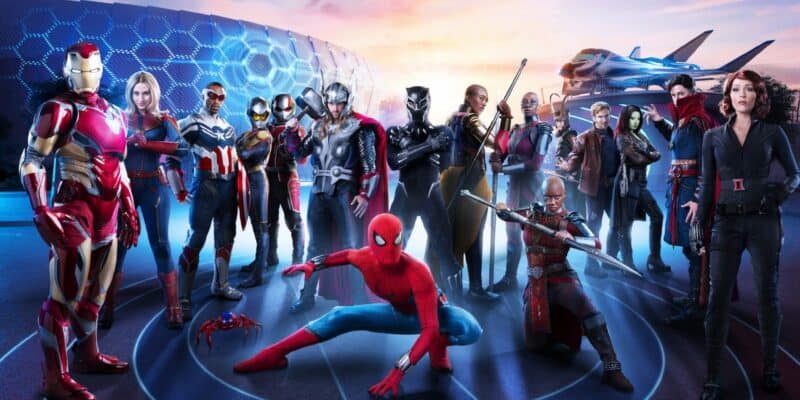 With Avengers Campus’ opening date just around the corner, it is natural for Guests to be excited and want to experience everything the new land has to offer for themselves.

Well, thanks to some “empathic” Cast Members, Guests will have the chance to get their hands on some exclusive Avengers Campus swag even before the land’s official opening!

Images shared by GossipLand Paris (@GossipLandParis) show several items exclusive to this new land in the Parisian Park being sold with massive markups, including an opening day pin, a themed Spirit Jersey, and even an interactive Spider-Bot from the new Spider-Man W.E.B. Adventure attraction.

Cast Members Assemble! During your next visit, don’t forget to leave a CastCompliment to these CMs who bend over backwards to sell you, out of pure sympathy of course, Avengers Campus products even before the stores open

It is important to point out that Disney has strict rules and policies against reselling, as displayed above, and trying to do so can result in severe consequences.

While Disney has not released an official statement addressing this situation, the Park will surely take internal measures against this activity and those who are caught trying to engage in this activity.

Disney Park’s second Avengers Campus will officially open its gates to welcome recruits on July 20, allowing them to join forces with some of Earth’s mightiest heroes and live their own Marvel adventure.

Comments Off on Disney Resellers Strike New Land During Preview Events, Selling Before It Even Opens