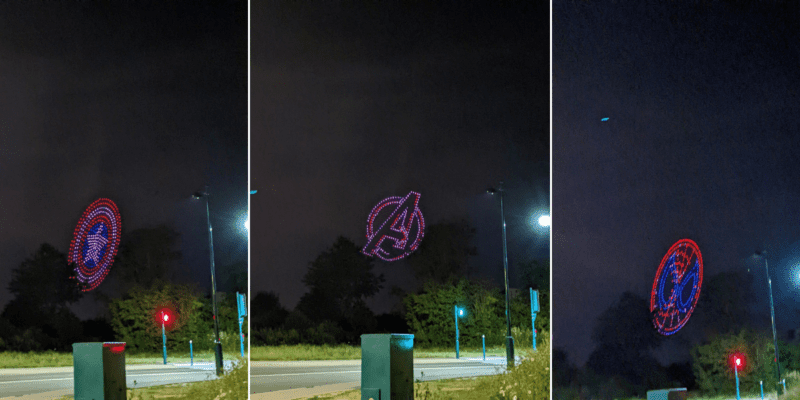 One of the most magical experiences when visiting Disney Parks worldwide is the chance to enjoy the different nighttime entertainment offerings.

With spectacular shows like Fantasmic!, the Main Street Electrical Parade, and World of Color at Disneyland Resort, Disney Illuminations at Disneyland Paris, and Momentous at Hong Kong Disneyland, Guests can end their day at the Disney Parks in the most magical way.

One of the most popular nighttime spectaculars is Disney D-Light, the innovative drone pre-show to the Disney Illuminations fireworks because of the breathtaking views it offers Guests, forming mesmerizing 3D shapes in the sky thanks to the spectacular drone light choreography created for the Park’s 30th anniversary.

After seeing this show’s massive success, fans quickly ignited a discussion, commenting it is time Disneyland and other Disney Parks around the world made use of this technology to improve the Park’s nighttime spectaculars, especially since a recent Disney+ event used drones to illuminate the Los Angeles skyline.

While news recently surfaced of Disneyland experimenting with bringing drones into the Park’s nighttime shows, the Park has not released official word on their timeline with this project. However, a new and exciting show may illuminate the night sky sooner than many would’ve thought!

The show is currently performing above Avengers Campus at Disneyland Paris as part of the special Cast Member and media preview events and will possibly continue during the Annual Passholder exclusive preview days from July 16 to July 19.

However, it is unclear if this show will remain a permanent nighttime entertainment offering at the Parisian Avengers Campus or if it will only perform during the special preview events. Inside The Magic will continue to report on this nighttime spectacular as more information is released.

Avengers Campus will officially open its gates to welcome recruits on July 20, allowing them to join forces with some of Earth’s mightiest heroes and live their own Marvel adventure.

Disneyland Paris is currently celebrating it’s 30th-anniversary, bringing Guests buckets of Disney magic across Disneyland Park, Walt Disney Studios Park, and Disney Village. Guests can also enjoy new shows like Mickey and the Magician — which made a grand return as part of the Park’s 30th-anniversary celebrations — and the character cavalcade Dream… and Shine Brighter! in front of Sleeping Beauty Castle!

What do you think of this show? Would you like to see drones added to more Disney Park’s nighttime spectaculars? Let us know in the comments below!