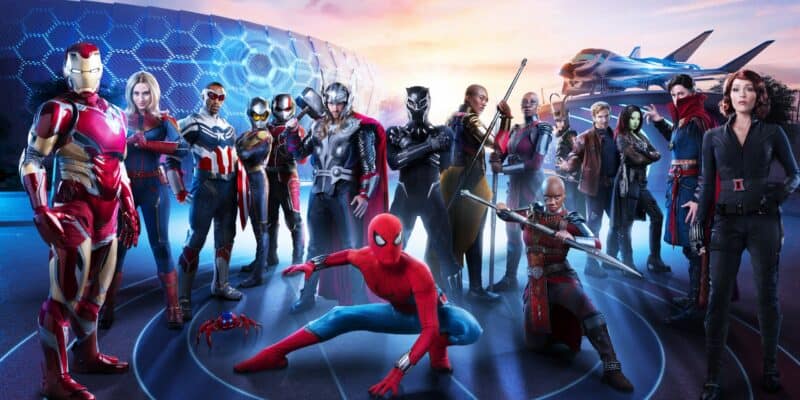 Guests are eager to explore the second location of Avengers Campus at Walt Disney Studios Park in Disneyland Paris. With a recent announcement, select Guests will be able to enjoy their own superhero adventure before the new land officially opens.

As we previously reported, the preview event will be exclusive to Magic Plus and Infinity Passholders, the two most expensive tiers in the Parisian Annual Pass system, allowing them to experience the epic new land before anyone else, with prior reservation.

Thanks to new information shared by DLP Dream (@DreamDlp), we now know that the dates for this event will be from July 16 to July 19 for Infinity Passholders and from July 17 to July 19 for Magic Plus Passholders. Guests will be able to explore Avengers Campus from 9:30 am to 9:00 pm from June 16 through June 18 and from 9:30 am to 8:00 pm on June 19. Reservations for this event will open on June 30.

Avengers Campus will open to the general public on July 20, 2022, welcoming Guests of all ages to explore their own superhero stories and join Earth’s Mightiest Heroes.

During these preview days, Guests can expect to experience the different dining offerings Guests will be able to find at Avengers Campus, like Stark Factory and PYM Kitchen, as well as the attractions Guests will find at the land, like  Spider-Man W.E.B. Adventure, Disneyland Paris’ renamed version of WEB SLINGERS: A Spider-Man Adventure, in Disney California Adventure, and Avengers Assemble: Flight Force, where Guests will be able to meet Iron Man as one of the most advanced animatronics in Disney Parks worldwide.

Guests are eager to visit Avengers Campus and experience new adventures, joining forces with their favorite superheroes and helping them in missions to protect the Earth. With characters from the Marvel Cinematic Universe like Loki, Captain America, Hawkeye, Kate Bishop, The Eternals, Shang-Chi, Moon Knight, Scarlet Witch, America Chavez, and Ms. Marvel arriving at Avengers Campus in Disney California Adventure, we can’t wait to see who will make an appearance at Avengers Campus in Walt Disney Studios Park.

Are you excited to visit Avengers Campus once it opens? Will you be able to attend this special preview event? Let us know in the comments below!