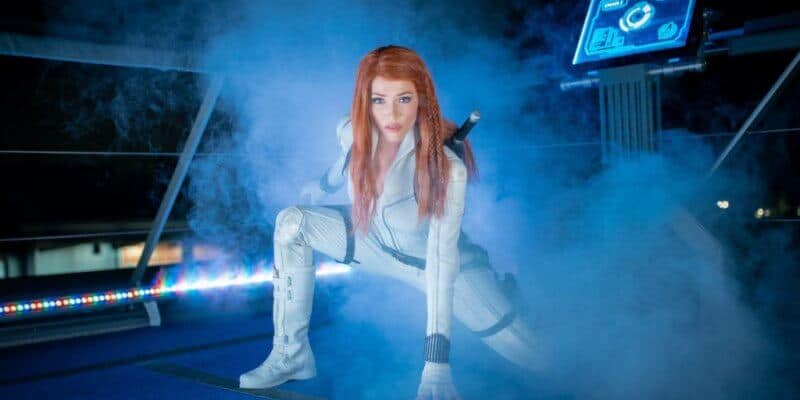 As the Marvel Cinematic Universe expands on 2021 and beyond, more heroes are heading to the Disney Parks — specifically avengers Campus at Disney California Adventure.

Disney confirmed the news in a new article published on Disney Parks Blog on Wednesday. The article shares information about President Loki and Natasha Romanoff — who Guests can encounter at Avengers Campus to coincide with the ongoing Loki series on Disney+ and the upcoming release of Black Widow. But it also shared that as the MCU expands, even more heroes will appear at Avengers Campus.

Coming to theaters November 5, “Eternals” features an exciting new team of Super Heroes in the cinematic universe, ancient aliens who have been living on Earth in secret for thousands of years. In the film, an unexpected tragedy forces them out of the shadows to reunite against mankind’s most ancient enemy, the Deviants. And later this fall at Disney California Adventure park, you may encounter members of the Eternals team on future expeditions to Avengers Campus.

With more series and films on the horizon, like “Shang-Chi and The Legend of The Ten Rings,” you never know who you may encounter at Avengers Campus, so make plans for your next trip to Disneyland Resort, and put yourself in the center of the action at Disney California Adventure park.

As mentioned above, Disney specifically notes two upcoming MCU films — The Enternals and Shang-Chi and The Legend of The Ten Rings — to hint at the new heroes we could see coming soon to Avengers Campus. Are you excited, or what?

When celebrating the grand opening of Avengers Campus, Marvel Studios head Kevin Feige confirmed that, like Disneyland, the Campus will never be complete — it will continue to grow and change as the Marvel Cinematic Universe does. Disney also already teased Shang-Chi coming to California Adventure when actor Simu Liu made an appearance in an Avengers Campus promo video — you can read more here. For Marvel super fans and those who are just getting into the MCU with the new series premiering on Disney+ this year, that is definitely exciting news.

Currently, Guests can encounter a number of super heroes at Avengers Campus, including Spider-Man, Iron Man, Black Panther, the Dora Milaje, Black Widow, Ant Man and The Wasp, Thor, Loki, Captain America (Steve Rogers and Sam Wilson), and Doctor Strange. Who do you hope to see on your next visit to the Campus?

Are you excited to see more heroes at Avengers Campus this year? Let us know in the comments!

Click here to book your Disney trip so you can suit up and train like the Avengers!