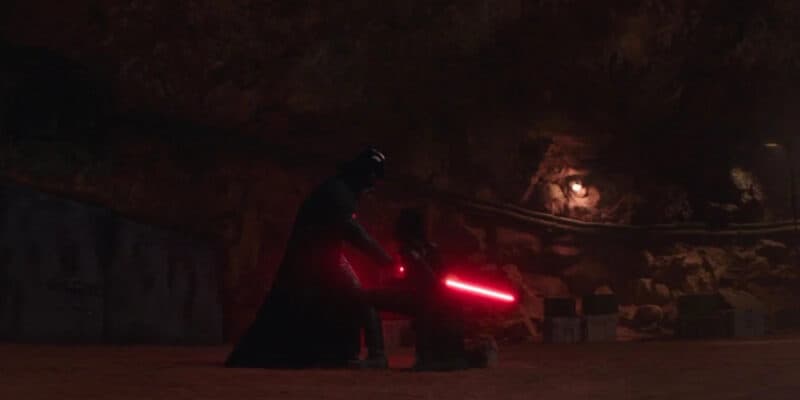 The penultimate episode of Deborah Chow’s Obi-Wan Kenobi series aired last week, and many Star Wars fans hailed it as the best installment in the show so far.

Despite the apparent plot hole involving Third Sister, Reva (Moses Ingram) in Episode 4, viewers hailed the continuation of her story arc in Episode 5 — in which we learn that she was, in fact, one of the younglings present at the Jedi Temple on Coruscant when Anakin Skywalker (Hayden Christensen) slaughtered Jedi Padawans during Order 66.

Reva’s redemption arc — and we all know there has never been a Star Wars story without a proper redemption arc — begins when explains to Obi-Wan that she and the other children thought Anakin, the “Chosen One,” was there to help them. When the powerful Force user instead began killing her friends, Reva shared that she played dead “among their bodies.”

Thus, her hatred of the man who became Darth Vader was cemented. And, as it turns out, it could be her saving grace.

Overwhelmed with emotion after delving into. her tragic childhood memories, Reva uses her lightsaber to cut through the door of the Rebel base where Obi-Wan (Ewan McGregor), Tala (Indira Varma), and Roken (O’Shea Jackson, Jr.) had sequestered the people they were protecting.

After Tala sacrificed herself for the good of the galaxy, Obi-Wan realized he had to surrender to Reva in order to save innocent lives.

Third Sister seemingly accepted his offer of surrender and took him to Darth Vader. When the Dark Lord of the Sith exited his ship, Reva told him that Obi-Wan was being held inside the base. Upon entering, however, it became apparent that Obi-Wan was not there — but there was a ship leaving the base, presumably with everyone inside.

In a show of strength that proves how powerful he truly is at this point in the Star Wars timeline, Vader uses the Force to pull the ship out of the air, ripping it apart in the process, only to learn it was a decoy the entire time.

Enraged, Vader sensed Reva approaching from behind him in an attempt to attack him with her lightsaber. After toying with her, he pulled the two halves of her lightsaber apart, using one for himself and giving the other to her. After a brief skirmish, Vader stabbed her in the stomach, leaving a seemingly fatal wound.

This is where one of the oldest Star Wars tricks in the book comes into play. If Reva survives, she won’t be the first character to come back from an apparently fatal lightsaber attack. As one recent article on the subject noted:

Darth Maul is known as the most famous survivor in the entire franchise, as he was completely cut in half by Obi-Wan and then made his return in The Clone Wars.

When looking at a list of people who have survived a blow from a lightsaber, particularly Dark Side users, there is always one common denominator – their lust for revenge against the person that injured them. Darth Maul revealed that he used his hatred for Obi-Wan to craft a will so strong that he was able to live through his injuries long enough to repair himself and fully heal.

The Grand Inquisitor (Rupert Friend), for example, returned immediately after Reva was stabbed, having survived a very similar wound — he even says, “Revenge does wonders for the will to live, don’t you think?”

Reva’s desire to kill Darth Vader is likely stronger than the wound any lightsaber could make. Although her return in the Season 1 finale of Obi-Wan Kenobi hasn’t been confirmed, it seems highly unlikely that this character won’t have a future in the Star Wars universe — perhaps she could even play a role in The Mandalorian saga since we’re still waiting to learn exactly how Grogu escaped from Coruscant during the execution of Order 66.

While it’s highly unlikely, of course, that Reva actually aided in Grogu’s rescue, there is certainly the potential for her to have known the little Padawan during her own training.

Do you hope Reva survived?