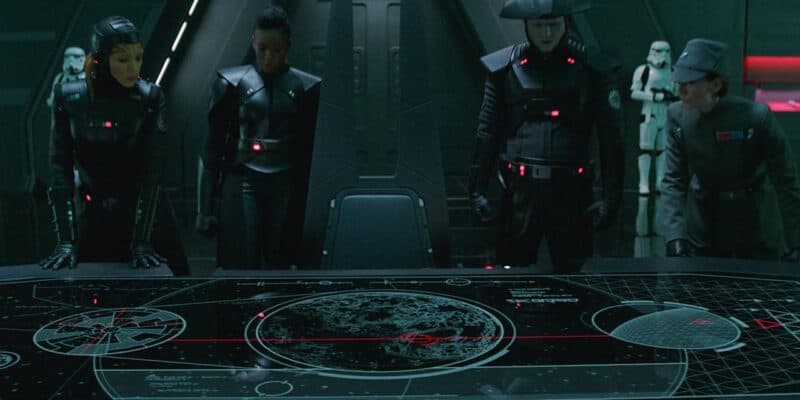 The latest episode has Obi-Wan back in action as he cuts through stormtroopers to save Leia from the Empire, but the series somehow managed to make a large mistake.

When Obi-Wan (Ewan McGregor), Tala (Indira Varma), and Leia (Vivien Lyra Blair) escape onto the hangar, they are stopped by Moses Ingram’s Third Sister/Reva. She asks Tala if saving the “old man and kid” was worth it, but somehow doesn’t realize that the old man is Obi-Wan.

Some fans may argue that the Third Sister does know, but if she did, she wouldn’t have let them get away. She literally stabbed the Grand Inquisitor when he tried to stop her from catching Kenobi. Based on her focus on stopping The Path, it seems that the Third Sister is very interested in tracking down the smuggling group in order to catch Kenobi. If she thought the group was more important than the Jedi, that wouldn’t be true to Reva’s character.

Vader has let Reva live for the moment due to the promise that she can track down Kenobi, but it’s crazy that she didn’t care or didn’t know that Obi-Wan was right there. Since she didn’t say who he was, Kenobi used his blaster to take out his enemies instead of his lightsaber.

Another error in this scene is when the T-47 airspeeders come to the rescue and Wade’s ship is able to hover right in front of the Third Sister. First of all, Reva was close enough to destroy the vehicle with her lightsaber. On top of that, a T-47 airspeeder is a repulsor vehicle meaning that it can’t hover still because it will always be slightly moving forward.

Related: Could We See an R-Rated ‘Star Wars’ Set on Hoth? A Marvel Director Wants to Try!

That’s why the Battle of Hoth had the airspeeders use tow cables to take down the AT-ATs because they couldn’t just hover at the back of the AT-AT’s neck and fire down at the walker’s weak spot. It’s even worse when you realize that the pilots were just smugglers and not even soldiers.

With all this in mind, Obi-Wan Kenobi really missed the mark with the hangar scene and hopefully, the series won’t continue to sink in quality because fans are not happy with the series. So far, there have been no Clone Wars flashbacks, Qui-Gon, Hayden Christensen, or even more Vader and Kenobi.