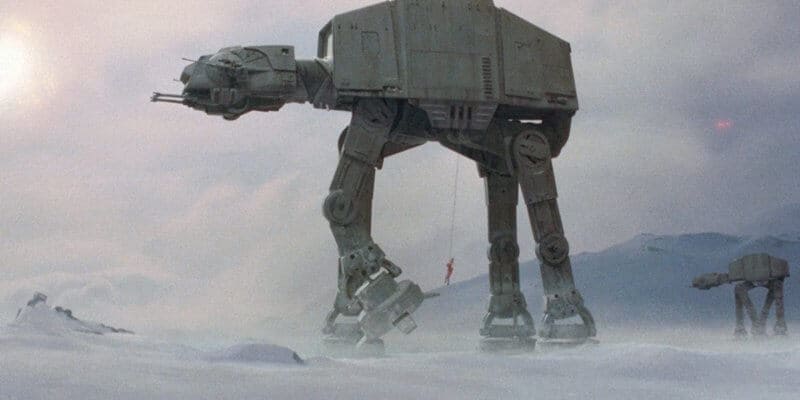 The first movie in the next Star Wars trilogy is set to hit screens in 2022 and, beyond that, we know very little about it. Disney and Lucasfilm executives have barely hinted at what fans can look forward to from a cinematic perspective following 2019’s The Rise of Skywalker.

The recent announcement of The High Republic publishing initiative has fueled existing rumors that the upcoming trilogy could explore the Old Republic, bringing in new characters and looking at the apex of Jedi culture. While this could be the direction that studio heads go in, Scott Derrickson, director of the MCU’s Doctor Strange film, has another idea.

In a since-deleted tweet, Derrickson said, “Just asked what kind of Star Wars movie I would make. I answered that I would make Hoth, an R-rated frozen planet horror film in the vein of The Thing or Lovecraft’s In the Mountains of Madness, with zero connection to any previous characters or storylines.”

In short, Derrickson, who directed modern horror favorites The Exorcism of Emily Rose and Sinister before trying his hand in the Marvel Cinematic Universe, wants to expand his horror resume to include a galaxy far, far away.

This is like nothing Star Wars fans have seen before and, at first glance, seems like an impossible task. Star Wars is a family franchise, beloved by generations of kids, parents, and even grandparents. The argument could be made, however, that this R-rated foray into the horror genre is exactly what the saga needs.

Many fans, and even George Lucas himself, were allegedly upset with how the latest sequel trilogy ended. A Hoth horror movie would certainly be different enough that it couldn’t draw comparisons to the original 1970s and 1980s films, though Luke Skywalker might consider curling up inside of a dead Tauntaun to be horrific in its own right.

If anyone could manage to create a successful R-rated Star Wars epic, Derrickson just might be the man. However, with the directorial issues Star Wars has had recently, it seems extremely unlikely that the executive teams at Disney and Lucasfilm would be willing to commit to something so dicey.

To sum it up: John Trank left the Boba Fett film he was supposed to direct. Chris Miller and Phil Lord were let go before Solo really got underway. Colin Trevorrow walked away from Star Wars IV before it was even titled Rise of Skywalker. You see the pattern.

While the likelihood of Scott Derrickson actually getting to put together an R-rated horror film on the icy plains of Hoth is slim, this venture to the dark side of filmmaking could be a lot of fun.

What are your thoughts on Derrickson’s Tweet? Let us know in the comments!