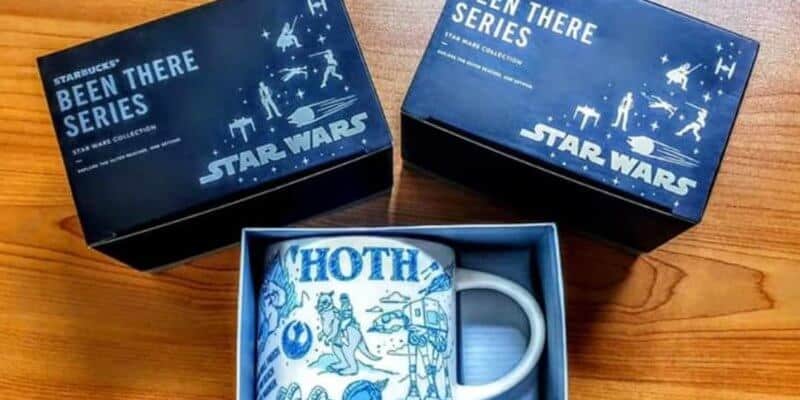 If you’ve ever wished you could pilot an X-Wing to Corellia or hitch a ride to Tatooine on the Millennium Falcon, your dream of getting a souvenir from your favorite Star Wars planet could be closer than you think!

Rumor has it that Starbucks will be releasing “Been There” mugs featuring planets from the Star Wars universe. The only sample mug we’ve seen so far features Hoth, the galaxy’s ice planet. Fans of The Empire Strikes Back will not-so-fondly remember this as the planet where Luke Skywalker nearly meets an untimely demise.

Like other mugs in the perennially popular “Been There Series,” the Hoth mug features a variety of images that pay homage to local culture (and can we talk about that amazing navy box?) In this case, the rebel insignia and a Tauntaun are centerpieces. Let’s face it, there’s not much culture on Hoth.

If this collection is legitimate (the picture is very convincing!), there are dozens of locations and planets that could be selected for other mugs. Princess Leia’s homeland of Alderaan, Queen Amidala’s Naboo, and the Skywalker family’s Tatooine all seem likely options, but the brand could decide to visit the Dark Side with an Exegol or Death Star mug. Only time will tell!

Disney and Starbucks haven’t officially confirmed this exciting Star Wars collaboration, but the rumor mill is saying that the collection will be available in May. There’s also no official word on whether or not the Star Wars x Starbucks mugs will be Disney Parks exclusives or not, so keep your eyes peeled for more updates! 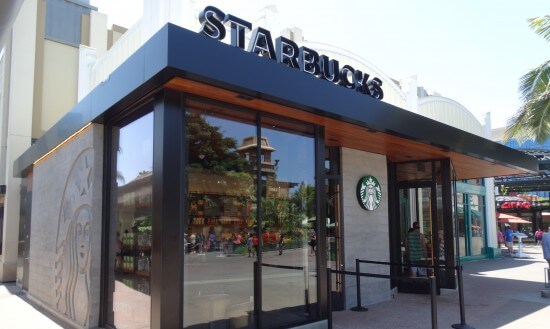 Whether you collect “Been There” mugs from around the (real) world or you’re a diehard Star Wars fan, this series of mugs is an exciting step in Disney’s Star Wars merchandising journey. Other Disney Parks coffee mugs in this collection have coordinating ornaments, so that’s something to be on the lookout for if the Star Wars Starbucks mugs collaboration is confirmed.

The Inside the Magic team will keep you posted as soon as we know more about this awesome foray into a galaxy far, far away!