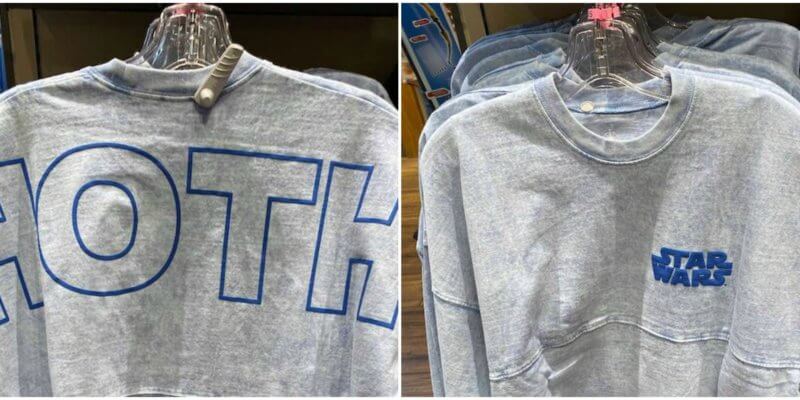 What’s the internal temperature of a Tauntaun? …About LUKEwarm! That’s what you’ll be in the new Hoth Spirit Jersey from the Disney Parks. Lifted off the surface of Galaxy’s Edge, the newest incarnation of apparel is a tribute to the frozen planet featured in Star Wars Episode V: The Empire Strikes Back.

The armored walking tanks, the AT-ATs has first shown in The Empire Strikes Back, cover the lower sections of the Spirit Jersey, both front and back. The upper torso is segmented with the classic empire seam and offers hollow HOTH letters on the back. The front has a classic STAR WARS logo in “classic blue,” which is also the Pantone color of the year!

The jersey body is icy blue, which looks an awful lot like light acid wash from afar! Nevertheless, it’s cool and textured like the ice of planet Hoth. You can pick up this Hoth Spirit Jersey for the usual price of $64.99 from the Launch Bay at Disney’s Hollywood Studios or World of Disney at Walt Disney World, or if you are on the West Coast, from World of Disney, Star Traders in Tomorrowland, and a variety of other stores at Disneyland Resort.

If the Spirit Jersey alone isn’t enough to tame your love for the ice planet Hoth, try pairing it with one of these Star Wars Loungefly mini backpacks, like this specialized Hoth Backpack. You’ll even see the Empire spy droid floating above the terrain. It comes with a small wallet pack to slip into the Star Wars purse.

There’s also a very popular The Mandalorian spirit jersey on Disney shelves featuring The Child, or as we affectionately know him, Baby Yoda. This one sells for the same price, and can often be found in the same locations. Pick up either one (or both) of these Star Wars Spirit Jerseys with your 20% Annual Passholder Discount! 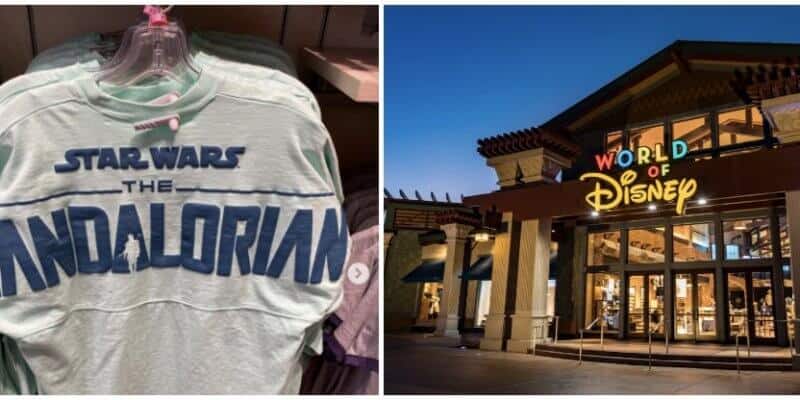