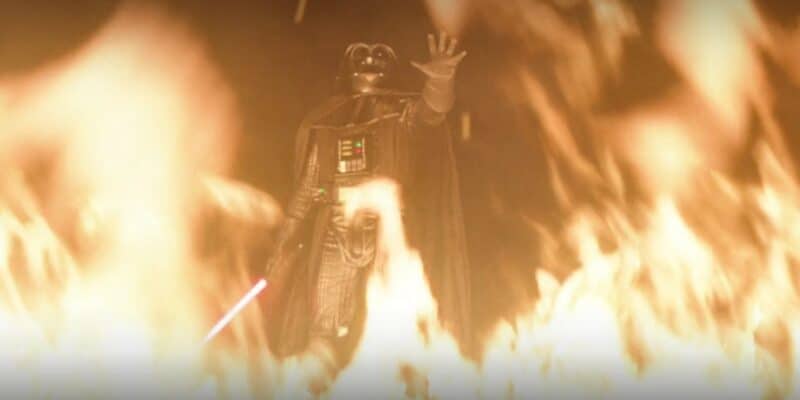 With Rupert Friend’s Grand Inquisitor getting stabbed by Reva, fans were shocked because it seemed like the show just killed him. With fans knowing that the Grand Inquisitor is the main for the first season of Star Wars Rebels which takes place five years later, fans couldn’t believe that Reva would end up stabbing him and leaving him to die.

In Episode 3, Vader decides to offer Reva the position of Grand Inquisitor instead of disciplining her for betraying her superior. Fans were a bit upset that it felt like Star Wars was ditching canon for shock value, but it seems that the Grand Inquisitor is confirmed to still be alive.

Joby Harold, the writer for  the series made it clear in a recent interview that Star Wars canon isn’t being broken and that every story told has to adhere to what has already happened:

“As you know, we would never break canon. So, that’s all I’ll say. [Laughs.] Canon is everything… we all know where we’re going in the show [from previous films and TV shows] so anytime you can undercut that, pull the rug on that, have a reversal …”

These reversals definitely get the attention of fans, but they also confuse other fans. Since the series isn’t finished, hopefully, Star Wars will show more of the Grand Inquisitor to make sure fans know that he truly lives.

Harold also shared that it was great sitting next to Rupert Friend during the premiere at Star Wars Celebration as fans gasped when the Grand Inquisitor was stabbed:

“I was sitting with Rupert Friend [who plays the Grand Inquisitor.] I was right in front of him when it happened and we talked about it beforehand. I was like, ‘How’s this gonna be?’ It was an audible gasp. The people… were not expecting that at all. That was quite gratifying because that’s the intention to show. It begins with the Grand Inquisitor, well, grandstanding and enjoying the sound of his own voice. I don’t think we anticipate that voice suddenly being cut off as it was.”