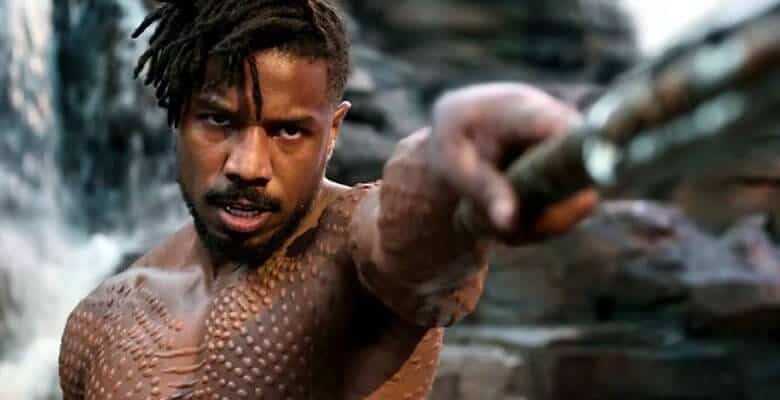 Tenoch Huerta is reported to play Namor in Black Panther: Wakanda Forever (2022) and his character may have his origins completely erased in order to fit in with the times.

Fans know that Black Panther 2 has suffered from several obstacles such as COVID, script rewrites, and injuries, but somehow the movie will release this fall. Ryan Coogler has spent a long time working on this movie and it will be a touching tribute to Chadwick Boseman.

One interesting thing is that the movie will introduce fans to Namor, one of Marvel’s oldest super heroes. While he is technically a mutant and the prince of Atlantis, Marvel has decided Namor doesn’t fit with the current MCU so they have reportedly changed the character to be of Mayan descent.

While there have been reports of this change happening, fans weren’t quite sure it was true since it’s hard to believe everything said about the MCU anymore. Surprisingly, Tenoch Huerta may have confirmed this in his recent interview with Vice as he shares that he had to learn Mayan for his new role in Black Panther 2:

Huerta’s upcoming role as Namor in Marvel’s Black Panther: Wakanda Forever marks a huge jump in his career. The quick-tempered mutant spawn of a human sea captain and the princess of an undersea kingdom, Namor is quick to fight other heroes in his quest to protect his homeland. Huerta has been learning a Mayan language for the role and spent months filming in Atlanta.

Part of Huerta’s struggle was that he had to erase his linguistic identity in most acting he did which was a challenge for him:

“I had to erase my linguistic identity to fit in the new world that I now (live)… If they don’t perceive you as part of them, they don’t accept you.”

Another thing Huerta said is that he was tired of being cast for the same types of roles, but he found a way to make himself different in each role he took:

“They need thieves, they need kidnappers, they need whores. So they call the brown-skinned people to make them. And we fit under that stereotype… they are always calling me to make the same character. It’s the bad guy—always. But I always make a different version. Because for me, it’s a person. I create a new personality, a new character each time.”

Marvel hasn’t confirmed that Huerta is in fact Namor, but it would be shocking if the actor plays someone else in the series. Vice even commented that Huerta had a press aide there to make sure he wouldn’t say much about the new MCU movie so Marvel definitely wants his role to be kept a secret which only helps prove that he will be Namor.

Instead of having Namor as a hero, it seems that Marvel wants to pit him against Wakanda which makes sense since the comics have Atlantis and Wakanda as rivals. Reports indicate that something will cause Atlantis to feel threatened by Wakanda and lead the two civilizations to go to war. The odd thing is that Namor isn’t going to be Atlantean anymore since he will be Mayan.

Related: ‘Black Panther’ Director Opens Up About Being Mistaken For A Bank Robber

This means that Wakanda will be fighting an old Mexican civilization which just feels… wrong. Like why would Marvel make this change? One reason could be that Marvel didn’t feel comfortable introducing Atlantis after James Wan’s success with Jason Momoa on Aquaman (2018), but Marvel has never been bothered by DC before.

Having the Mayans fight Wakanda will lead some fans to say that Wakandans are no different than the European colonists who colonized the Americas in the first place. If this is true, then it’s bizarre that Wakanda will be seen in this way and would feel a departure from the first movie. Hopefully, Marvel knows what they are doing and Namor won’t stay as the villain at the end of the movie because a lot of fans want to see the character as a hero and not as a villain.

Do you think Namor will be Mayan in Black Panther 2?