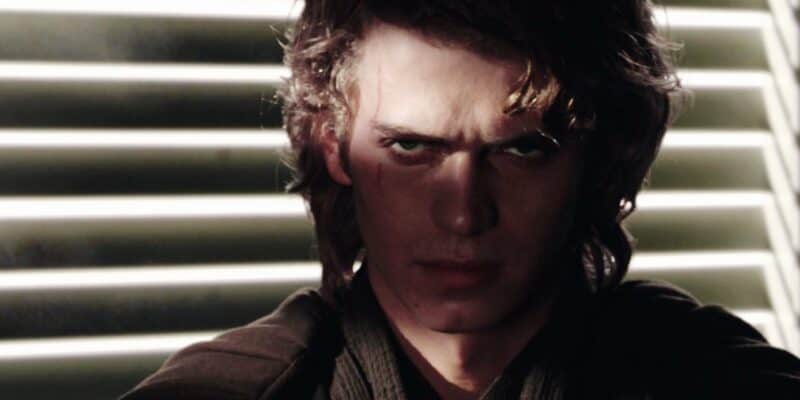 In just about a month, on May 27, 2022, Star Wars fans who have been clamoring for an Obi-Wan Kenobi-centric series for years will see their wish become a reality.

Although Sir Alec Guinness originally played the legendary Jedi Master in George Lucas’s Star Wars: Episode IV – A New Hope (1977), Ewan McGregor cemented the character’s legacy for a new generation in the prequel trilogy, which released between 1999 and 2005.

In the ensuring years, however, nostalgia has reigned and the fandom is now thrilled to see McGregor reunite with Hayden Christensen (Anakin Skywalker/Darth Vader) in the upcoming Obi-Wan Kenobi series.

Now, McGregor has spoken to Total Film about working with Darth Vader in full costume — and the experience was legitimately frightening for the seasoned actor:

“I had rehearsed the scene with Vader, but not with the helmet on or anything like that. When we came to do the scene, when they shouted ‘action’, he had to come from behind me. I turned around, and f***ing Darth Vader was coming at me. It was like I was six again. I’d never acted into Vader’s helmet. I’d never looked him in the eye.”

The Scottish actor went on to say:

“It scared the shit out of me. I’m not joking. It gave me a proper jolt of absolute fear. I was like, ‘Oh my God, that’s not acting. That’s real. I’m really, truly frightened right now.’ And the same thing would happen with the Stormtroopers. I’d worked with Clone troopers before, but so many of them were CGI. I never worked with Stormtroopers, and, again, I was like seven years old again. Because when you’re actually faced with a Stormtrooper, with a blaster, it’s like: ‘Fucking hell.’

“It’s like actual childhood memories of being scared. That’s how deeply it’s in us. I’ve acted for 30 years, and I’ve never been genuinely frightened when I’m acting frightened… But I had moments on this that were genuinely quite scary. It’s so funny.”

The Deborah Chow series is also expected to feature numerous cameos, including the return of Princess Leia (Vivian Lyra Blair) and the reported appearance of droid bounty hunter 4-LOM, who originally appeared in the iconic “bounty hunter scene” in Star Wars: Episode V – The Empire Strikes Back (1980).