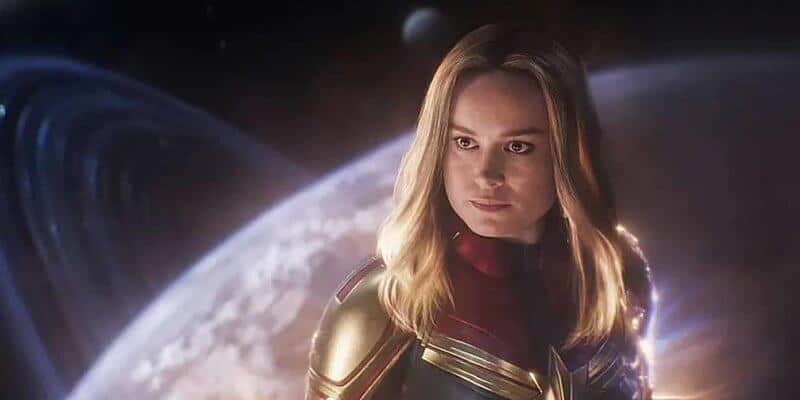 Brie Larson was able to share some tidbits about her upcoming Captain Marvel sequel, The Marvels (2023).

With Marvel’s Phase Four, many characters have been added to the MCU leaving Brie Larson’s Carol Danvers/Captain Marvel to have some new allies in the film. Monica Rambeau (Teyona Parris) will be joining Captain Marvel for another adventure alongside newcomer Kamila Khan/Ms. Marvel (Iman Vellani). As Larson’s character has been helping the people around the galaxy, a lot has happened after Avengers: Endgame (2019) as her friend, Monica Rambeau gained superpowers in WandaVision. Ms. Marvel’s introduction will most likely be humorous as the character is a huge fan of Carol Danvers leaving room for an entertaining exchange between the two characters.

Not much could be said about the film, but Larson shared how she felt about the movie. While reading the script, Larson told Uproxx that she considered The Marvels to be “bonkers” as she couldn’t believe the direction Marvel was taking the story:

I feel it’s like, I wish I could talk about it. I can talk about my feelings around it. I can say that… I can’t say enough about how incredible our director, Nia DaCosta, is and what an honor it was to work with her, what an immense talent she is, how much I just feel like she’s the future. And I could also say that, when I read the script for the first time, I couldn’t believe what I was reading. I was like, this is bonkers.

According to Brie Larson, it was a film that brought her a lot of “personal achievements” and she can’t wait for fans to see what they did with the sequel:

And it’s the thing that I love about Marvel, is that they continue to reinvent. They continue to do the thing that you just would never think would be possible in these films. And they’re not afraid to go there. So I’m super excited about what we did. I think there are some huge personal achievements of mine that I’m really excited about sharing, but you know, it’s fun to have a bit of a secret. And it’s fun to know that, when this film comes out, people are going to be delighted. And I get to keep that to myself for a little bit longer.

Related: ‘WandaVision’: Who Is Monica Rambeau?

This was all that could be shared about the upcoming movie, but fans will have to wait to hear more as the movie is still a year out from hitting theaters.

Knowing that Marvel has already made some major controversial changes to Ms. Marvel, it is concerning that Larson seems to be implying that there are more changes coming. The actress could be referring to the fact that Marvel tends to adapt comic book storylines to fit into the film and perhaps some great moments from the comics will make their way into The Marvels. Yet, Larson did say that she believes Marvel to be “not afraid to go there” which leaves any fan to wonder if this is a good thing.

Marvel being unafraid could imply that the Studio could take a very bold move with the sequel and make some major changes that may not go well. Kevin Feige believes the Eternals (2019) will “redefine the MCU” and yet, it had the second-worst performance in the box office.

On top of this, Brie Larson isn’t a favorite actress amongst fans as she has been very controversial with her decisions — such as supporting NFTs — which has led to some people not looking forward to her role in the Marvel Cinematic Universe. Despite being controversial, Larson’s first film in the MCU, Captain Marvel (2018) still saw tremendous success in the box film despite the backlash from fans.

The Marvel Cinematic Universe is just beginning to add more superhero teams into the Marvel universe because now, the Avengers need all the help they can get. It is only a matter of time before we see the Young Avengers, Illuminati, Defenders, Midnight Sons, X-Men, Fantastic Four, and the Thunderbolts enter the MCU.

The Marvels will release in theaters on February 17, 2023.

Are you excited for The Marvels? Do you think the sequel will be better? Let us know what you think in the comments below!

There are many things to look forward to in the MCU. On Disney+  you can expect Moon Knight on March 30, Ms. Marvel in Summer 2022, and She-Hulk to debut this year. For movies, Doctor Strange In the Multiverse of Madness comes out on May 6, followed by Thor: Love and Thunder on July 8, and Black Panther: Wakanda Forever on November 11.

Comments Off on Brie Larson Is Happy Marvel “Continues To Reinvent”