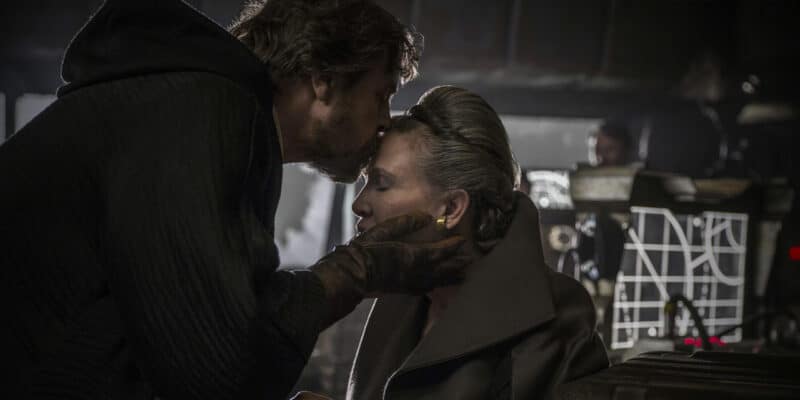 Stan bears an uncanny resemblance to young Hamill during the original trilogy years. Hamill — alongside Harrison Ford (Han Solo) and the late Carrie Fisher (Princess Leia Organa) — has appeared in the Star Wars franchise for over 40 years, from Star Wars: Episode IV – A New Hope (1977) to the Skywalker Saga conclusion, Star Wars: Episode IX – The Rise of Skywalker (2019).

However, recasting legendary characters who have been played by the same actors for decades is truly challenging (unless they wear a mask like Darth Vader or Wookiee fur like Chewbacca) — but CGI de-aging technology is both expensive and cumbersome to use for more than a scene or two.

As the Star Wars universe continues to expand with additional Return of the Jedi-era projects like The Book of Boba Fett and The Mandalorian Season 3, Star Wars fans have begun to consider whether or not actors like Hamill and Fisher ought to be recast.

Reddit user HosterBlackwood posed the following questions to the fandom:

With the Mandalorian and related shows exploring the post- ROTJ timeline the OT big three will probably be part of it at some point. Luke already has, but he was portrayed by Mark Hamill.

Han Solo and Lando already has [sic: have] new actors [Alden Ehrenreich and Donald Glover, respectively, in Solo: A Star Wars Story (2018)]. But what about Leia?

Do you think a new actors will portray Leia and Luke Skywalker?

Do you think Luke Skywalker and Leia Organa will be portrayed by new actors? from starwarsspeculation

Redditor WatchBat isn’t sure if recasting will happen soon, believing that Jon Favreau and Dave Filoni may stick with cameos in the “Mando-verse” for now. But, the poster does hope that if Leia is ever recast, her daughter, Billie Lourd (American Horror Story), will take on her late mother’s role:

For now, I don’t think so. I mean I think if they use Luke, they’ll use him the way they did Mando (with Mark Hamill).

But someday yes most likely. And tbh I kinda hope that Carrie’s daughter Billie Lourd would play Leia after her mother (if she was ok with that herself, that is).

JohnnySasaki20, however, has an opposing opinion and is almost certain that these legendary Star Wars characters will be recast at some point in the near future:

Eventually, for sure. Nobody’s going to like it (aside from new viewers), but it will definitely happen at some point.

He then departed with Grogu and R2-D2 to complete the tiny foundling’s Jedi Order training, presumably at his Jedi Academy — the same one we learn Ben Solo (Adam Driver) set fire to as he began his descent into becoming Kylo Ren.

At this time, rumors are swirling about a Luke and Grogu-centric series, but no details have been confirmed by Lucasfilm executives.

Do you think Luke and Leia will be recast in the Star Wars franchise?