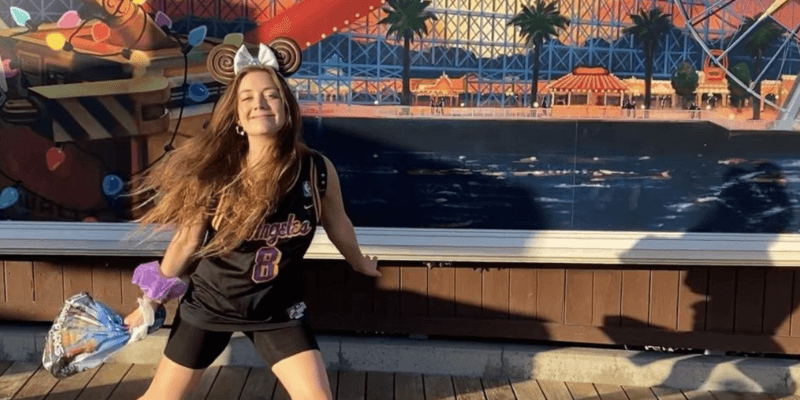 Carrie Fisher was Hollywood royalty. The daughter of actress Debbie Reynolds and singer Eddie Fisher, as all Star Wars fans know, went on to make her own name in the movie industry as Princess Leia Organa in George Lucas’s Star Wars franchise.

The late Carrie Fisher tragically passed away in 2016, prior to the releases of the final two sequel trilogy films — Episode VIII – The Last Jedi (2017) and Episode IX – The Rise of Skywalker (2019) — but appeared posthumously in both movies alongside Mark Hamill (Jedi Knight Luke Skywalker) and Harrison Ford (Han Solo). Archive footage of the late actress was used for the last Skywalker Saga installment.

When Fisher passed away, she left behind a daughter, Billie Lourd (American Horror Story, Scream Queens), with talent agent Bryan Lourd. Now, Billie — who had a close relationship with her late mother, and even made a Star Wars cameo herself — is remembering Fisher’s legacy as Princess Leia at the Happiest Place on Earth!

New mom Lourd — she gave birth to a baby boy, son Kingston Fisher Lourd Rydell, with fiance Austin Rydell in 2020 — took to Instagram [above] to share photos of her day at Disneyland Resort, gushing that Star Wars: Rise of the Resistance is the “best ride ever”!

Although her mom’s character doesn’t appear in the popular Star Wars: Galaxy’s Edge attraction, Lourd (wearing Princess Leia Minnie ears!) and her group of friends thoroughly enjoyed themselves, as you can see and hear in the video she posted.

Disneyland officially describes Star Wars: Rise of the Resistance as:

If you want to ride Rise of the Resistance during your next trip to Disneyland Resort, make sure you join the virtual queue! Disney describes the boarding group process as:

Did you enjoy seeing Carrie Fisher’s daughter ride Rise of the Resistance for the first time?