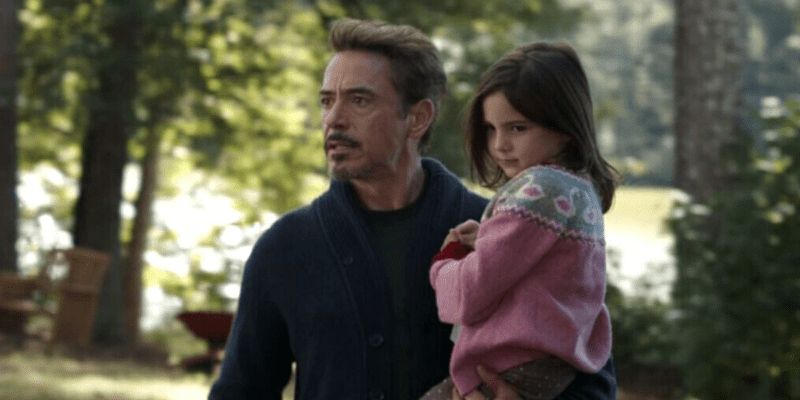 Though Spider-Man: No Way Home (2021) was two and a half hours long, Marvel reportedly shelved loads of deleted footage that could have changed the entire trajectory of the Marvel movie. One Marvel star revealed how their Avengers: Endgame (2019) got cut from the final film.

In Avengers: Endgame, every Marvel fan was shocked to see Tony Stark’s (Robert Downey, Jr.) family grow despite the “Snap” with Morgan Stark (Lexi Rabe), Iron Man’s daughter. Driving his motivation to rejoin the Avengers and save the Marvel Universe, Stark gave his life to save the ones he loved.

Peter Parker (Tom Holland) was like a son to Stark (who also motivated Iron Man to put back on the suit), and the Stark family almost shared a scene with the web-slinger in Spider-Man: No Way Home:

Lexi Rabe, who plays Morgan Stark in Avengers: Endgame has revealed she filmed a scene for #SpiderManNoWayHome but it got cut.

Lexi Rabe, who plays Morgan Stark in Avengers: Endgame has revealed she filmed a scene for #SpiderManNoWayHome but it got cut. pic.twitter.com/Jg9Xf4V5mh

Endgame actress Lexi Rabe joined the Marvel festivities at the world premiere of No Way Home on December 15th in Los Angeles. The daughter of Tony Stark and Pepper Potts (Gwyneth Paltrow) snagged a quick picture with Avenger Tom Holland, sharing on Instagram:

Best night ever!! I don’t mind my part got cut. I missed my Marvel fam. This movie was amazing. Hope to start filming again soon!

Related: ‘Spider-Man: No Way Home’ Has the “Best Opening Night of All Time”

There’s virtually no information surrounding the specifications of the cut scene, but it would most likely have featured Happy Hogan (Jon Favreau), the honorary guardian of Morgan Stark.

Fans almost got another dream fulfilled with the heir of Stark meeting the superhero of Marvel’s New York.

Related: Tobey Maguire Seemingly Appearing in “No Way Home,” According to Marvel Star

Nonetheless, the scene will hopefully be included in Blu-Ray and extended edition releases of Spider-Man: No Way Home.

How do you feel about Spider-Man: No Way Home? Let us know in the comments below!