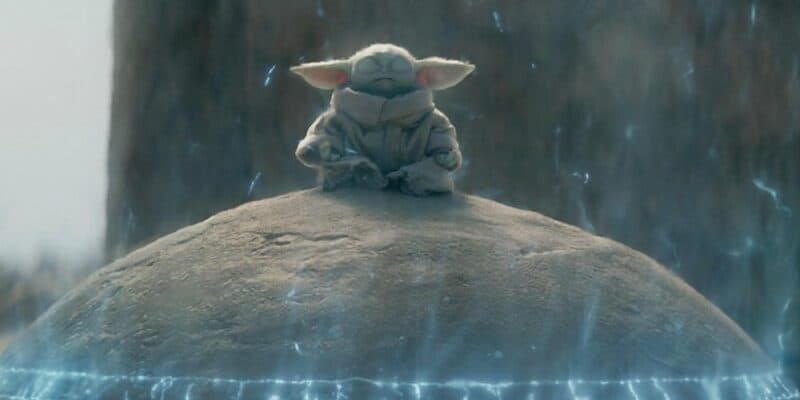 Ever since the Star Wars sequel trilogy — Episode VII – The Force Awakens (2015), Episode VIII – The Last Jedi (2017), and Episode IX – The Rise of Skywalker (2019) — released, Force dyads have become a hot topic in the Star Wars fan community.

Rey (Daisy Ridley) and Kylo Ren/Ben Solo (Adam Driver) were part of a Force dyad — it’s what gave the duo their strong bond, no matter where in the galaxy they respectively happened to be, like when Solo sensed Rey’s desperate need for help when she was battling Emperor Palpatine (Ian McDiarmid) and his clone acolytes on Exegol. It also allowed them to be fully attuned to the other’s emotions and feelings.

Per one description of how dyads function in the Star Wars universe:

They possessed rare Force powers, such as the ability to physically interact across many light-years in the galaxy. A dyad could also utilise Force healing to such a degree that, should either member of the dyad die, the other would be able to transfer enough of their own Force energy to resurrect them, albeit at the cost of their own life.

Now, based on another description of Force dyads, some Star Wars fans believe that the franchise has already teased its next Force dyad — and the it features none other than character du jour, Grogu.

“Baby Yoda” took pop culture by storm from the moment he first appeared in The Mandalorian’s debut episode on November 12, 2019. Now, over the course of two seasons, we’ve watched the small-but-mighty foundling traverse the Star Wars galaxy with his “father”, bounty hunter Din Djarin (Pedro Pascal).

We’ve also seen Grogu use the Force on more than one occasion, though the Jedi “Seeing Stone” on planet Tython is, perhaps, the most obvious example. We’ve also, though, seen Grogu use Force healing — a known dyad power — to repair Greef Karga’s (Carl Weathers) arm injury.

On Reddit, one Star Wars fan posted a “New Image of a ‘Dyad in the Force’ from “Star Wars: Secrets of the Sith”” — the description in the book reads:

For a millennium, the Sith have adhered to the Rule of Two. But this decree is said to be merely a pale imitation of its predecessor, the Doctrine of the Dyad. Legends claim that two beings sharing this profound connection gain access to a great number of abilities — skills beyond the grasp of even the most powerful Force wielder. Members of a dyad were believed to be capable of transferring their life force to heal others. Some could even physically cast objects through time and space in an instant. If two Sith were bonded so deeply as to transcend their physical beings, the power they could unlock together would know no limits.

New image of a ‘Dyad in the Force’ from "Star Wars: Secrets of the Sith" from starwarsspeculation

If they wanted the dyad to be the reason why Rey and Kylo could force heal, they shouldn’t have had grogu do it in the mandalorian. Are we supposed to believe he’s part of a dyad too?

Another commenter asked a similar question:

So only dyad members can force heal? Is grogu going to be in a dyad?

The same fan then went on to note that concepts in the Star Wars galaxy are rarely permanent:

I mean it’s always subject to change based on whims of writers. So either they will say grogu is in one or they will say oh actually force healing can be done by someone outside of a dyad it’s just rare.

Another poster pointed out that there could be another explanation:

I don’t see it as contradictory. The two things (this book and Grogu power) are not mutually exclusive and can be simultaneously “true”.

Also , the jedi texts that Rey took from Ach-To instructed her on force-healing. This is specified in the Novelisation of RoS. Which is interesting on multiple levels because it COULD imply that the first Jedi were aware of the Dyad thing – which connects to the Sith in a yin-yang sort of way. Very interesting speculative territory.

With Grogu now being trained by Jedi Master Luke Skywalker (CGI Mark Hamill), who made his reappearance during The Mandalorian Season 2 finale episode, one thing is for certain — we’ve only scratched the surface of “Baby Yoda” and his powers.

Related: Premiere Date For the “Next Chapter” of ‘The Mandalorian’ CONFIRMED

Whether or not the 50-year-old infant ultimately ends up being part of a Force dyad? We’ll just have to wait to see what Jon Favreau, Dave Filoni, and their team have in mind…

What do you think? Is Grogu part of a Force dyad or can he Force heal for another reason?

Comments Off on ‘Star Wars’ Is Foreshadowing a Grogu Force Dyad