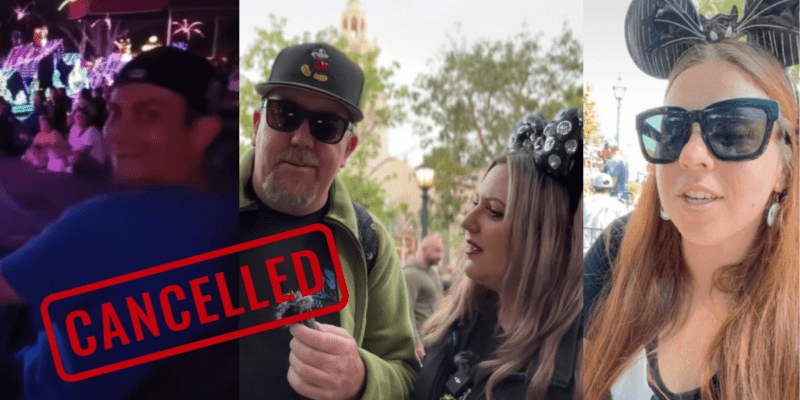 While many so-called Disney Influencers bring the magic of the Disney Parks to the rest of us at home, others have found themselves with lifetime bans for breaking Disney Park rules. Today, we’ll review a few viral incidents involving Disney influencers. 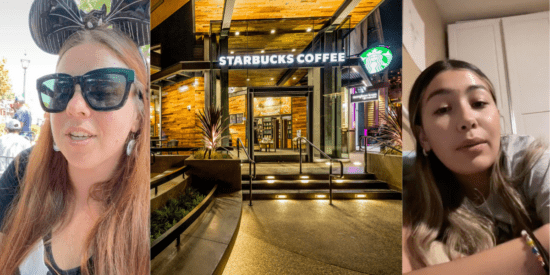 In September, a Disney Cast Member alleged that a particular Disney influencer was very different once the cameras were off. Kel (@themeparkmom) shared a video of herself after shopping at Downtown Disney. It was later stitched by Ary (@arysanatomy), who works at Starbucks in Downtown Disney.

In a now-deleted TikTok, Ary explained that Starbucks was very busy when Kel came to the counter to ask about a mobile order. Ary told Kel it would be a couple of minutes because they were busy. As Ary was organizing other drinks, Kel allegedly asked, “Is someone even working on it?” in “a rude tone.”

“It honestly just kind of p*ssed me off because, you know, her whole platform is Disney and being kind and all that,” Ary explained.

Ary initially commented on Kel’s video that she had been “mean” but spoke out further after Kel blocked her. Kel claimed that she unblocked her to apologize, writing:

In another comment, Kel said she had waited ten minutes for her drink and wanted to know where it was. She later issued and subsequently deleted a video apology.

“I am sorry that I was rude to a Cast Member at Downtown Disney. That wasn’t what I meant to do. I honestly thought I was just asking a question about my order,” Kel told her followers. “However, she made a video saying I was rude, and I’m really sorry if that’s how I came off.”

Unfortunately, Ary was fired after the incident unfolded on social media.

This June, we broke the story of a popular petition to permanently ban two Disney Influencers, Katie Slockbower and Spencer Emmons of the YouTube channel Best Life and Beyond, from Disneyland Resort.

At the time, clips from a paying-subscribers-only Livestream showed Slockbower exhibiting symptoms consistent with COVID-19 while refusing to confirm she had tested negative. Meanwhile, the couple announced plans to visit Disneyland Park to create a YouTube Vlog documenting the reopening of Pirates of the Caribbean just two days later.

In a clip made public by a fan, Slockbower even suggests that Emmons sounds like he’s getting sick, too, but both plan to go to the Disney Park on Friday regardless:

However, a former friend and fellow Influencer came forward on November 1 to claim that the couple lied about Slockbower’s test results. Elizabeth Erickson of the YouTube channel Fresh Baked Disney posted an Instagram story explaining that Best Life and Beyond unfollowed her, so she was ready to share “the truth.”

Reddit user u/aqua_kittens messaged Erickson asking for details and shared the information in a post on r/Disneyland. “They’re not good people, wanted us to lie for them that Katie didn’t have covid but she did,” Erickson told the user.

These messages appear to confirm that Slockbower planned to attend the Pirates of the Caribbean reopening while still sick with COVID-19. Though it seems Emmons never tested positive, it’s recommended to avoid public contact as much as possible after exposure to COVID-19, especially given that the pair seem to cohabitate.

The original petition has gained hundreds of new signatures since Erickson spoke out. It now has 2,572 signatures. Stephanie Fox, the petition’s author, has updated it with the messages from Erickson. Fox wrote:

Has Best Life and Beyond asked another vlogger to lie for them when they were sick and went to the park?  You be the judge!

Slockbower and Emmons have not responded publicly to Erickson’s allegations. After the publication of our original article, Best Life and Beyond released the following statement:

Typically we don’t address alleged and inaccurate rumors, because that comes with the territory of our job daily, and ignoring false statements is always the best option.

However, in this instance, we want to clarify that we would never go to a theme park or out in public while sick.

We will not be addressing any further questions or comments regarding this matter.

Be safe, Be well, and thank you.

It’s important to note that Erickson has not released any concrete proof that Slockbower was sick with COVID-19. The original assertion that Slockbower and Emmons of Best Life and Beyond had the disease was fan speculation based on Slockbower’s symptoms, exposure, and, at the time, lack of known testing. However, in later Instagram stories, Erickson confirmed that her account was not hacked and stood by her statements. 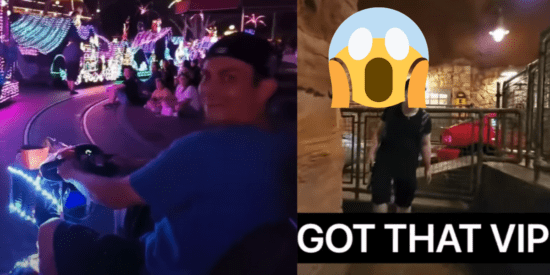 Related: 10 Disney Fan Accounts You Should Be Following on Instagram

One of the members of Paredes’s party, Jennifer, rented an electric convenience vehicle (ECV) or scooter to help navigate Disneyland with a knee injury, according to a comment made by Beautiful Tomorrow TV. Paredes borrows the scooter during the stream and takes Jennifer’s son on Radiator Springs Racers in Cars Land at Disney California Adventure.

The stream shows Paredes riding the ECV through the Radiator Springs Racers line, scanning the child’s parents’ disability access pass – the father, Sam, and injured mother, Jennifer, do not ride with them. The child says, “We got that VIP,” to which Paredes laughs. A fan comments and asks Paredes if he’s riding the ECV because he’s injured. “I’m okay,” he responds. “I’m just borrowing this scooter so we can get on. VIP. We’re VIPing it tonight. We’re a little spoiled… I want you guys to say lots of thank you’s to Jennifer and Sam in the chat.”

Throughout the live stream, Paredes solicits donations to his YouTube channel, Patreon, and baby registry, further infuriating Disney Parks fans as soliciting and commercial advertising is against the Disneyland Resort Park Rules.

“They should be blacklisted. So disgusting,” one commenter wrote at the time. “I truly hope Disney will do something about this!” another said.\

Unfortunately there is a video that has taken everything out of this stream completely out of context. Let me clear some things up that we weren’t trying to make public on the live stream to anyone.

Jennifer’s son Josh who is shown in this video is a minor and he is the one that has the DOS pass not Jennifer. That family supports me a lot and Josh is a sweet kid and asked if I would go on rides with him which we did on and off camera…

Here’s my mistake and I’m owning up to it. I’m very sorry for using the term V.I.P. honestly I said it because at the time the way her family was treating me and the way the DOS enters queue is totally different than what im used to. Josh is actually the one in the video and says it to me. He loves Disneyland and how the DOS makes him feel special as he should he deserves it he’s special needs. Disneyland is known for treating people with Special needs very well. I’m so embarrassed and im sorry right now for her family getting involved into all of this.

It is important to note that not all disabilities are visible, and you should never question someone’s disability accommodations.

Due to these and other incidents, many Disney Parks fans feel Vlogging and Live Streaming should be banned. Some Disney Cast Members even say that Influencers risk their jobs by putting them on camera.

Related: Elon Musk Throws Shade at Disney Amid Rumors He Might Buy Company

Live Streamers were recently hit with strict restrictions at Tokyo Disney Resort, and many Guests hope the strict streaming policy will make its way to Disneyland Resort and Walt Disney World Resort.

The new policy bans commercial filming, auxiliary equipment, and “public transmission or recording of any kind that may inconvenience other Guests.” Tokyo Disney Resort already bans filming on rides at Tokyo Disneyland and Tokyo DisneySea, which is one of the strictest Disney Park policies in the world.

“What a dream,” one Disney fan said at the time. “Tokyo Disney gets everything right.”

What do you think about Disney Vloggers and influencers?