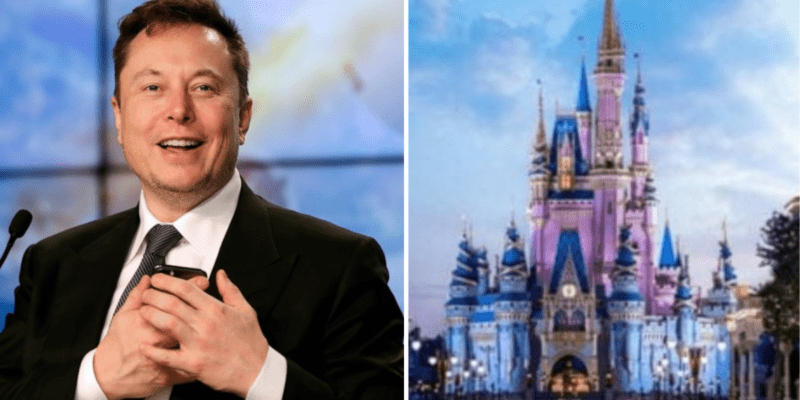 Billionaire Elon Musk is throwing shade at The Walt Disney Company amid rumors that he might have something bigger in mind.

Elon Musk, the CEO of Tesla, has been in the news quite a bit over the course of the last few months after a deal he struck up to buy Twitter.

However, many publications and fans on the internet have been convinced that the billionaire CEO could have bigger plans in mind.

Over the last month, particularly, Elon Musk has taken a few subtle shots at The Walt Disney Company.

When news came about that Disney’s iconic character Steamboat Willie, the earliest version of Mickey Mouse, would be hitting public domain in 2024, Musk replied saying that it “was time.” In another Tweet, Musk shared that he believed current copyright law “goes absurdly far beyond protecting the original creator.”

Disney just recently lost the copyright protection for Winnie the Pooh and many characters in the series, and almost immediately a trailer for a horror movie featuring Winnie the Pooh was revealed.

In another Tweet, Musk threw shade at Disney following a controversy that occurred more than 60 years ago. In 1958, Disney released White Wilderness, an Academy Award-winning “True-Life Adventure” nature documentary about wildlife in the northernmost snow-covered parts of North America. Some of the most memorable scenes from the documentary depicted the supposed “mass suicide” phenomenon among lemmings, small rodents that live mostly in or near the Arctic.

However, as the years passed and viewers began to research the “phenomenon” for themselves, it became more and more apparent that lemmings are not prone to mass suicide. Allegations arose that Disney created the scenario in the film, leading to the deaths of droves of the small rodents as they leaped off a steep cliff, plunging into the icy waters of the Arctic Ocean below and drowning.

Ironic that Disney would disparage an entire class of rodents when their main character is a rodent – jealous maybe?

Ironic that Disney would disparage an entire class of rodents when their main character is a rodent – jealous maybe?

Many Twitter users responded to Elon Musk’s tweets about Mickey Mouse and the lemmings by suggesting the billionaire SpaceX icon “buy Disney” or “short $DIS,” a suggestion to short-sell or bet against Disney.

At this point, however, Musk has not confirmed any intent to purchase or broker a deal with The Walt Disney Company.

What do you think of Elon Musk’s digs at Disney and rumors he could be interested in buying the company in the future?