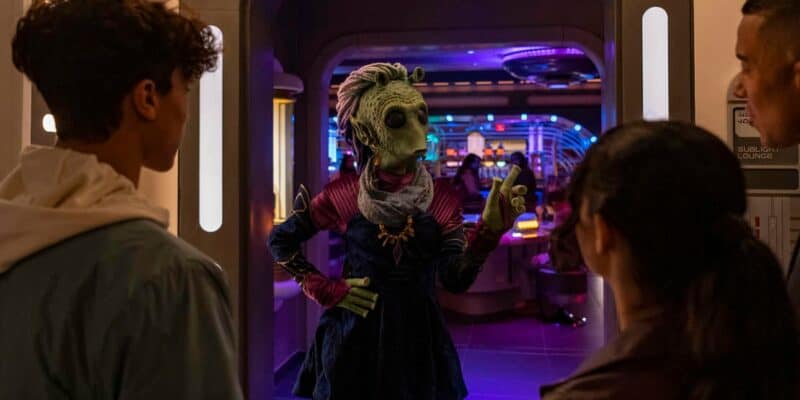 One of the newest additions to Walt Disney World is coming in just a couple of days, and Star Wars fans cannot get enough of it. The Star Wars Galactic Starcruiser will be making its maiden voyage on March 1, filled with Guests who are looking to blast off for a two-night adventure filled with food, fun, and entertainment — as well as a hefty price tag.

For Star Wars fans, one of the most exciting new additions to Walt Disney World Resort has been Star Wars: Galaxy’s Edge at Disney’s Hollywood Studios. After recreating iconic aspects like the Millennium Falcon and X-Wing, and bringing characters like Rey, Kylo Ren, Vi Moradi, Chewbacca, Storm Troopers, and more to life, Star Wars fans were affirmed that Disney knew how to bring the immensely popular George Lucas-built franchise to life.The Star Wars: Galactic Starcruiser has been described as a unique, immersive experience that Walt Disney Company CEO Bob Chapek has promised will leave Guests “blown away.”

The price to fly is nearly $6000 per room, which is a cost that sadly has priced out many Star Wars fans, as the excursion is solely a 2-night adventure. This does, however, include food costs, room and board, entertainment, and a visit to Batuu at Star Wars: Galaxy’s Edge in Disney’s Hollywood Studios, and more. Guests will embark on a journey that goes “horribly, horribly wrong.”

The Starcruiser has been hitting a rocky road with some fans, however, for a few reasons. When Disney released more promotional material, including new video footage of the Star Wars: Galactic Starcruiser, it quickly garnered negative press. The material was then deleted by Disney, but not in time to stop some Guests from canceling their reservations. It seems that some Guests were ok with losing their deposit instead of paying full price for the experience that some deemed to appear as lackluster. A media excursion recently took off full of influencers waiting to experience the ship. After releasing their footage, they had some mixed reviews, which you can read here.

We have also now seen that some of the exclusive merchandise is already on eBay on sale for $1500! Lightsabers seem to be the most pricey object, but there are more. Some resellers are selling with pre-orders as they have yet to board the ship, but one reseller claims they already experienced the ship, leading some to think perhaps a media Guest is the perpetrator. In case you were not aware, reselling items is not allowed at any Disney Park.

Now, we have seen on Star Wars fan explain why she would never want to ride the Starcruiser, and it is one of the funniest excuses ever. For Heather Zink (@stopheathertime) the issue is not the cost, but rather, falling in love with an immersive character in two days, only to find out they are not actually piloting a ship in the Star Wars fictional world.

It seems Heather is worried her pilot crush will be unveiled as “Eric” from Orlando, who likes improving.

As we have noted, the Starcruiser is meant to be a highly immersive experience where Cast Members are playing characters, and constantly interacting with you as that character for your stay, as the story around you builds up. This places Guests in their own fictional Star Wars world, which may lend some Guests to fall too deep! If anything, this notion is a testament to the talented Cast Members aboard the ship.

What do you think of the new Star Wars: Galactic Starcruiser? What about this video?