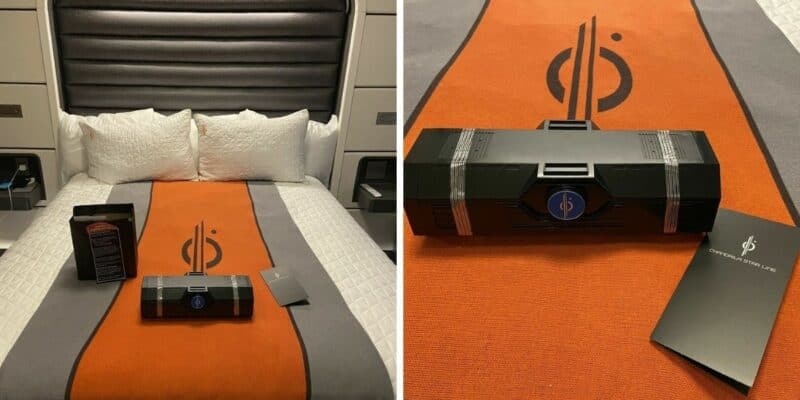 One of the most shamed things that a Disney Guest can do is resell an item on eBay, or any other selling platform, for a much higher amount than purchased for. It is against the rules at Disney, especially to use an Annual Pass discount to save money, to only then resell it for higher, and if caught can end in a ban from Walt Disney World property for life.

Disney has done what they can to try and curb resellers by putting a limit on items that they can buy as only two per person, but some bring their kids or friends with them while purchasing items, and are then able to drive up their count. The most recent debacle in the reseller market at Disney was the Figment popcorn buckets at EPCOT for the Festival of the Arts. Guests were lining up 7 hours in advance to collect their buckets and later that day, we found multiple on eBay selling for over $200.00. The buckets did come back into stock, but within a day were gone once again. With the Festival of the Arts now coming to a close, and the International Flower and Garden Festival days away, it seems that the Figment popcorn bucket may now be a thing of the past — for now at least.

Now, a new product is available for resell, but it is not even available for purchase yet. Disney’s new Star Wars Galactic Starcruiser is gearing up to take its maiden voyage in just a few short days on March 1, 2022.

The price to fly is nearly $6000 per room, which is a cost that sadly has priced out many Star Wars fans, as the excursion is solely a 2-night adventure. This does, however, include food costs, room and board, entertainment, and visit to Batuu at Star Wars: Galaxy’s Edge in Disney’s Hollywood Studios, and more. Guests will embark on a journey that goes “horribly, horribly wrong.” Read what fans are saying about the experience here.

One thing that Guests will also be able to do is to purchase exclusive merchandise, including the exclusive lightsaber only being sold on the ship. Now, we can see that those lightsabers are already available for purchase for costs of $1,500.00 a piece. Some of these sellers claim that they will be on an upcoming voyage, so these are pre-orders.

eBay user thecollector5721 has nearly $4,000 worth of Star Wars: Galactic Starcruiser merchandise. The user notes that these items were from a preview cruise, which could potentially have been from the media event that Disney recently hosted to promote the hotel.

Another user who is selling preorders for the lightsaber has already sold one at the costly price of $1,500, so it will be interesting to see if Disney cracks down while Guests are aboard the Starcruiser, or if the $6000 entry fee is an easy one to make back for resellers.

If you are planning on taking a voyage on the Starcruiser, please be aware that reselling as displayed above is not allowed and can result in severe consequences.