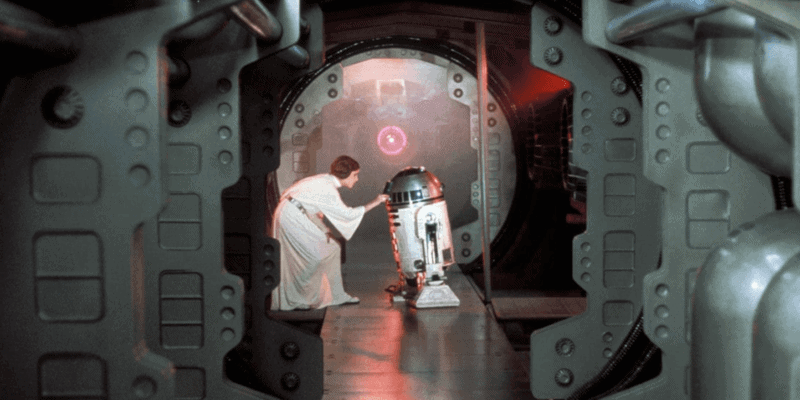 Star Wars fans can be passionate, to say the least. Whether they are sharing their opinions about the sequel trilogy — Spoiler Alert: They probably don’t like it — or telling you the importance of their favorite character in a galaxy far, far away, there’s a lot of legwork that goes into being a true blue Star Wars fan.

You can watch a video entitled “Finishing My Full-Size R2-D2 Build” on the I Like to Make Stuff YouTube channel. Host Bob Clagett captioned the video:

It’s been 2 and a half years, but I finally finishing building my full-size R2-D2 astromech droid! It was a labor of love and I’m so happy to be done!

As FanSided noted, the fully functional Star Wars droid is truly impressive — and really must be seen to be believed:

There is no sweeter sound than hearing all the accurate bells and whistles R2-D2 makes. It is truly a magical moment!

How does the final product look? Amazing!

From the colors to the sounds, and fluid movement this is truly an R2-D2 to behold! Clagett will be adding some more details to R2-D2 in the future, but overall, the final result is incredible!

The beloved droid has appeared in numerous Star Wars movies and TV series, including the entire Skywalker Saga and his shockingly unexpected appearance alongside Jedi Knight Luke Skywalker (CGI Mark Hamill) in The Mandalorian Season 2 finale episode! The full list of his appearances is:

The astromech droid unit has consistently played a huge role in the Star Wars story, from delivering Princess Leia’s (Carrie Fisher) message to Old Ben Kenobi (Sir Alec Guinness) in A New Hope to convincing Grogu (AKA “Baby Yoda”) to leave Din Djarin (Pedro Pascal) behind and go with Skywalker to complete his Jedi Order training, R2 is an integral part of the Star Wars universe.

Related: Real-Life Version of ‘Star Wars’ BB-8 Is Blasting Off to the Moon

A reliable and versatile astromech droid, R2-D2 has served Padmé Amidala, Anakin Skywalker, and Luke Skywalker in turn, showing great bravery in rescuing his masters and their friends from many perils. A skilled starship mechanic and fighter pilot’s assistant, he has an unlikely but enduring friendship with the fussy protocol droid C-3PO.

After over 40 years, iconic droids R2-D2 and C-3Po are getting their own animated film on the Disney+ streaming platform. The show was confirmed by Lucasfilm President Kathleen Kennedy at the 2020 Disney Investor Day event.

At this time, a release date for A Droid Story has not been announced.