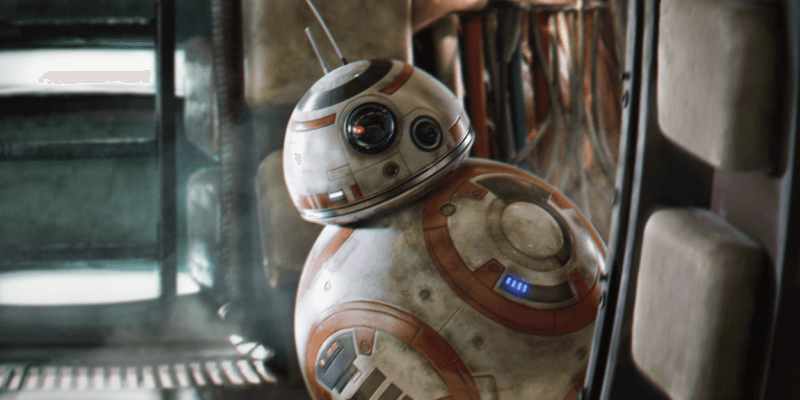 One of the bright spots of the Star Wars sequel trilogy — Episode VII – The Force Awakens (2015), Episode VIII – The Last Jedi (2017), and Episode IX – The Rise of Skywalker (2019) — was the introduction of a brand new astromech droid unit named BB-8.

Now, Japanese scientists have developed a real-life robot that looks very similar to BB-8 — and they’re sending it to the moon!

According to a new report about the mission:

The Japan Aerospace Exploration Agency (JAXA) has partnered with Sony, Doshisha University, and Japanese toymaker Tomy to create the ball-shaped robot. The robot can transform from a ball into its “full” configuration that pops open a camera that is designed to take photos of the surface of the Moon.

The robot only weighs 8.8oz, and the control technology was developed by Sony while the design was done by Tomy and Doshisha. The robot has been under construction since 2016, with a study being released. However, the main construction and the involvement of Sony began in 2019 and 2020. Ispace will launch its lander and the exploration robot that looks similar to BB-8 from the new Star Wars movies in 2022.

It is not yet known exactly when the real-life version of BB-8 will launch or how long the robot will remain on the moon. This type of robotics technology could change the game in regard to space exploration — agile, lightweight robots may be able to explore areas of planets that have previously been unexplored.

Thanks to modern technology, maybe we’ll finally someday find evidence of life in a real galaxy far, far away.

Due to the fact that Ridley, Boyega, and Isaac have all indicated they have no immediate plans to return to the Star Wars universe, it is unknown when — or if — fan-favorite Star Wars droid BB-8 will again appear in the Star Wars story.

The official Star Wars Databank describes the adorable droid as:

A skittish but loyal astromech, BB-8 accompanied Poe Dameron on many missions for the Resistance, helping to keep his X-wing in working order. When Poe’s mission to Jakku ended with his capture by the First Order, BB-8 fled into the desert with a vital clue to the location of Luke Skywalker. He rejoined Poe in time for the attack on Starkiller Base, then helped Rey locate Skywalker’s planet of exile. As the Resistance rebuilt its forces after the Battle of Crait, BB-8 helped both Poe and Rey.

Remember, you can also build your own BB unit at the Droid Depot on Batuu at Star Wars: Galaxy’s Edge at both Disneyland Resort in California and Walt Disney World Resort in Florida!

What do you think about this real-life BB-8 robot that is helping to launch a new era of space exploration?