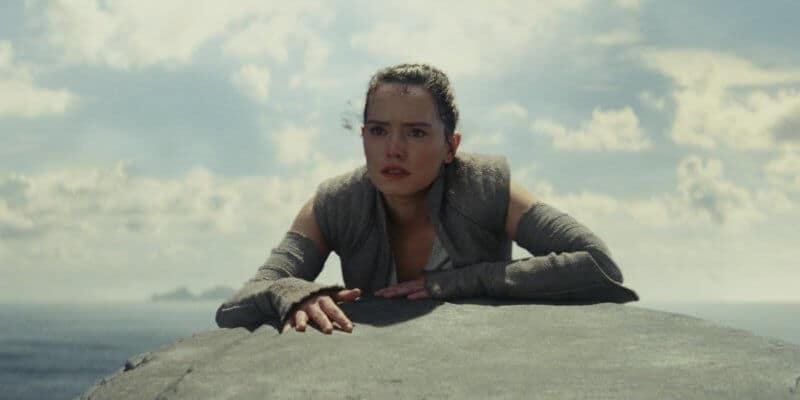 The Star Wars sequels are perhaps one of the most divisive trilogies of films ever made. Beginning in 2015, the return to George Lucas’s Star Wars universe came with as much fanfare as The Walt Disney Company could muster.

But, audiences would never guess where the famous franchise would end up after Disney’s acquisition of Lucasfilm in 2012. Everyone has an opinion on the Star Wars sequel trilogy it would seem and now, even the U.S federal court system has weighed in on the success of Disney’s take on the galaxy far, far away…or lack thereof.

Star Wars: Episode VII – The Force Awakens (2015) debuted with the eyes of the world watching. The follow-up to Lucas’s Star Wars: Episode VI – Return of the Jedi (1983) — which concluded the original trilogy and the Skywalker Saga at the time — introduced new heroes and villains into the world of Star Wars.

It all seemed to be going well. With old friends back and new villains like Kylo Ren (Adam Driver) and Supreme Leader Snoke (Andy Serkis) bringing the dark side back to the franchise, Star Wars looked as though it would hit a home run with its new trilogy, especially with the return of the legendary hero, Luke Skywalker (Mark Hamill).

Two years later, Rian Johnson’s Star Wars: Episode VIII – The Last Jedi (2017) launched into the world and divided the fandom like never before — although whether this was Johnson’s fault or Disney’s still remains to be seen, and we might never get a straightforward answer.

Then in 2019, JJ Abrams returned to direct Star Wars: Episode IX – The Rise of Skywalker which left some fans underwhelmed and confused over the reason behind Emperor Palpatine’s (Ian McDiarmid) re-entry in the franchise. The muddled slate of directors and the lack of planning from the outset seemed to be at fault here — Abrams has even commented on this recently.

While everyone seems to have an opinion on the Star Wars sequels, it’s still shocking to discover that even the U.S Federal Court has one.

In a recent court case regarding ConAgra’s misleading use of the term “100% Natural” on Wesson Oil, Judge Kenneth K. Lee used a scathing review of Disney’s Star Wars sequels to provide a comparison to the court.

In a published court report the Judge declared the Star Wars creator George Lucas failed to deliver on his promise to have no more “mediocre” sequels. This is somewhat ironic considering that Lucas himself has said he thought he would have “more say” in the sequel trilogy, which, as mentioned, was directed by JJ Abrams and Rian Johnson.

ConAgra thus essentially agreed not to do something over which it lacks the power to do. That is like George Lucas promising no more mediocre and schlocky Star Wars sequels shortly after selling the franchise to Disney. Such a promise would be illusory.

In a footnote, the specific sequels are clarified — “As evident by Disney’s production of The Last Jedi and The Rise of Skywalker.”

So, it would seem that the Star Wars sequels are now a matter of U.S law. It’s always interesting to see judges add specific analogies to their rulings, and this reference to the polarizing Disney Star Wars movies shows that the discussion over these films is far from over, even though the case did not actually pertain to Star Wars.

Lucas’s $4 billion sale of the Star Wars franchise came seven years after the concluding installment of his prequel trilogy debuted. The Star Wars prequels ended with Star Wars: Episode III – Revenge of the Sith (2005), which wrapped up the story of Anakin Skywalker and his transition into the villainous Darth Vader at the hands of Emperor Palpatine.

While the sequels have garnered much criticism from both critics and commercial audiences, it would be remiss to not mention that Lucas’s prequels did, in fact, cause much the same reaction. However, what sets the sequel trilogy apart is the fact it was the first Star Wars project helmed by The Walt Disney Company.

That being said, Disney did have some overall fan success with films like Rogue One: A Star Wars Story (2016) and in its newer television ventures like The Mandalorian from director Jon Favreau and Dave Filoni’s The Bad Batch. The success of what comes next remains to be seen. Fans can expect a continuation of the Star Wars Disney+ success with series like The Book of Boba Fett and Ahsoka Tano’s self-titled series, Ahsoka.

What are your views on the Star Wars sequels?

Comments Off on “Mediocre” ‘Star Wars’ Sequels Referenced In Court