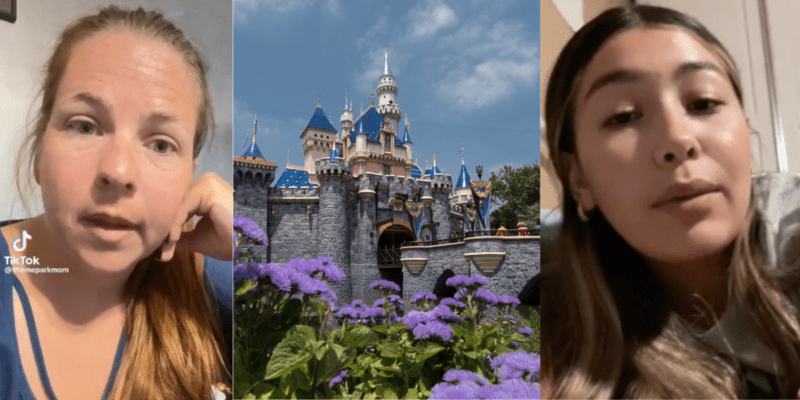 There’s been a disheartening development to a story we shared earlier this month. A Downtown Disney Cast Member who bravely spoke out about a so-called Disneyland Influencer’s rude behavior towards Disney Parks employees has been fired.

“We were super, super busy. Our mobile orders were backed up. Our cafe was backed up because we just had a limited staff of people there,” Ary explained.

According to Ary, Kel had a mobile order and asked about it. Ary told Kel it would be a couple of minutes because they were busy. As Ary was organizing other drinks, Kel allegedly asked, “Is someone even working on it?” in “a rude tone.”

“It honestly just kind of p*ssed me off because, you know, her whole platform is Disney and being kind and all that,” Ary said.

Ary initially commented on Kel’s video that she had been “mean” but spoke out further after Kel blocked her. Kel claims that she unblocked her to apologize, writing:

In another comment, Kel said she had waited ten minutes for her drink and wanted to know where it was. She later issued what many said was a passive-aggressive video apology, which she has since deleted.

“This makes me all very sad,” she said in the video. “Not just because, as everyone’s saying in my comments sections because I’m getting called out for it, but because genuinely, I really love Disney, and I know how hard the people that work there work.”

This week, Shawn Rosell (@shawninorlando) shared the harrowing update to the story on TikTok:

“I know nobody’s asking, but just to kind of get you up to speed, they fired that Cast Member who actually has spoke up about this Influencer,” Rosell said.

Some commenters and Cast Members alleged that Kel reported Ary to Disney Guest Services and management, though neither party has confirmed these allegations.

Disney Parks fans were devastated to hear that Ary had been fired. “Didn’t want this to be the ending to the story 😔 I hope the CM is doing alright. She didn’t deserve this at all,” @eat.sleep.positivity wrote.

Over 1,000 people liked a comment from @disneylandshowsmama arguing that Kel should be banned from Disneyland Park and Disney California Adventure. “No one should ever let her forget about what happened,” they wrote.

Kel seems to have moved on from the situation, though she has limited comments on all recent videos. She recently posted a video saying she is at a point in her life where she “will not argue” with anyone, though she didn’t directly tie that to the situation with Ary:

Please be kind to all Cast Members when visiting Disneyland Resort or any Disney Park.