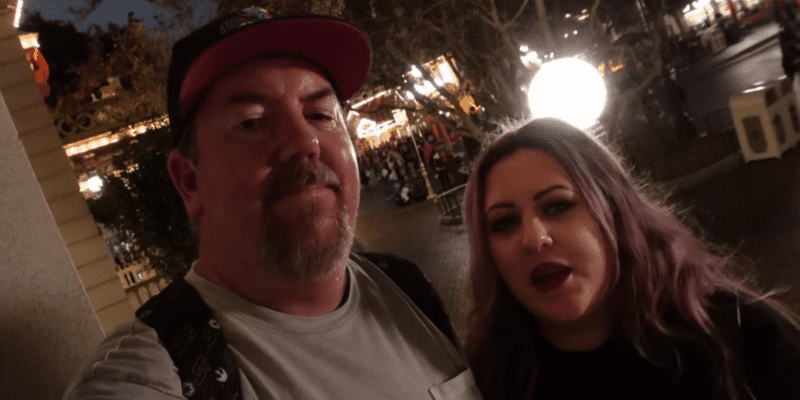 Credit: Screenshot via Best Life and Beyond on YouTube

This June, we broke the story of a popular petition to permanently ban two Disney Influencers, Katie Slockbower and Spencer Emmons of the YouTube channel Best Life and Beyond, from Disneyland Resort.

At the time, clips from a paying-subscribers-only Livestream showed Slockbower exhibiting symptoms consistent with COVID-19 while refusing to confirm she had tested negative. Meanwhile, the couple announced plans to visit Disneyland Park for the reopening of Pirates of the Caribbean just two days later.

In a clip made public by a fan, Slockbower even suggests that Emmons sounds like he’s getting sick, too, but both plan to go to the Disney Park on Friday regardless:

However, a former friend and fellow Influencer came forward this week to claim that the couple lied about Slockbower’s test results. Elizabeth Erickson of the YouTube channel Fresh Baked Disney posted an Instagram story explaining that Best Life and Beyond unfollowed her, so she was ready to share “the truth.”

Reddit user u/aqua_kittens messaged Erickson asking for details and shared the information in a post on r/Disneyland. “They’re not good people, wanted us to lie for them that Katie didn’t have covid but she did,” Erickson told the user.

These messages appear to confirm that Slockbower planned to attend the Pirates of the Caribbean reopening while still sick with COVID-19. Though it seems Emmons never tested positive, it’s recommended to avoid public contact as much as possible after exposure to COVID-19, especially given that the pair seem to cohabitate.

The original petition has gained hundreds of new signatures since Erickson spoke out. It now has 2,572 signatures. Stephanie Fox, the petition’s author, has updated it with the messages from Erickson. Fox wrote:

Has Best Life and Beyond asked another vlogger to lie for them when they were sick and went to the park?  You be the judge!

Slockbower and Emmons have not responded publicly to Erickson’s allegations. After the publication of our original article, Best Life and Beyond released the following statement:

Typically we don’t address alleged and inaccurate rumors, because that comes with the territory of our job daily, and ignoring false statements is always the best option.

However, in this instance, we want to clarify that we would never go to a theme park or out in public while sick.

We will not be addressing any further questions or comments regarding this matter.

Be safe, Be well, and thank you.

It’s important to note that Erickson has not released any concrete proof that Slockbower was sick with COVID-19. The original assertion that Slockbower and Emmons of Best Life and Beyond had the disease was fan speculation based on Slockbower’s symptoms, exposure, and, at the time, lack of known testing. However, in later Instagram stories, Erickson confirmed that her account was not hacked and stood by her statements.