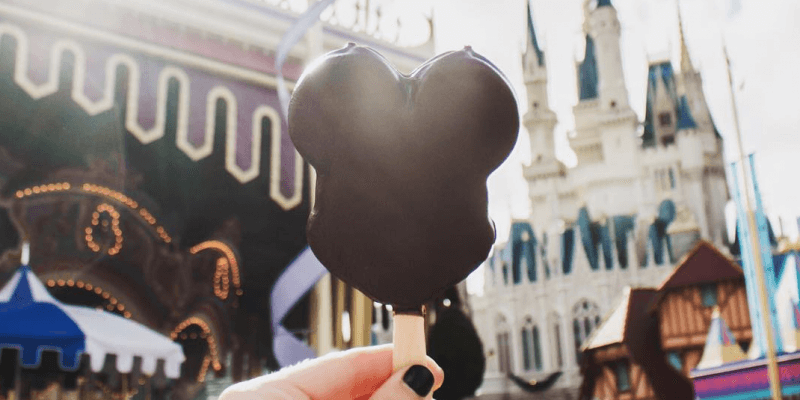 Instagram has become a great community of artists, specifically in the Disney realm. There are countless amounts of accounts that now feature Disney parks photography by fans just like us! Instagram gives Disney fans from all over the world a chance to show off their favorite place, through their own lenses, whether that be an iPhone or a camera.

By using Instagram, Disney fans of all ages can interact with other fans, sharing their favorite parks to visit, characters to meet, or moments in each Disney parade.

These accounts are all a wonderful way to show some Disney love to your Instagram feed. If you can’t be in the parks and are missing the magic of Disney, go check these pages out!

HAPPY THANKSGIVING EVERYONE!!! ? We are SO thankful to have been to Disney as much as we have this year, had the opportunities we have had, and for the many awesome people we have met through this little Instagram we started a year ago! You guys are awesome and we hope you have an amazing Thanksgiving!!! ? #ohyeahdisney

This account features Disney parks from the perspective of a single rider. With the tagline “No company? No problem!” – You can experience Disney through the lens of a Disney fan with a love for shooting photos of Disney on his iPhone 6.

Ryan, who runs the account said, “What I love about being a ‘single rider’ is the freedom that comes with it. Don’t get me wrong, I absolutely love going to the parks with family and friends, but there is something special to being there by yourself.”

He went on to say, “A simple image can evoke so many feelings. It can instantaneously transport you back to when you first stepped foot on Main street USA, how you felt, the smells in the air, the Dapper Dans singing in the background. That’s one of the main reasons why I continue to Post on Disney Single Rider. I want to bring smiles to people’s faces. I want them to feel happy. I want to spread that Disney magic in whatever capacity I’m able to do!”

Related: Why Disney Should Bring Back The Osbourne Spectacle of Lights ASAP

A photo posted by Giana Beverly Austin (@disneyworlddelights) on Jan 9, 2016 at 5:12pm PST

So I’m debating on what tripod to buy, but at the same time I shot this from a trashcan with a 3′ tripod. So what advantage do I get besides portability. Here is one I took on Sunday while waiting for @kellitamonique.

Run by long-time Disney fan, Luis, said, “The Disney Instagram community is awesome. It definitely proves there are no borders for the love of Disney, I’m floored when I see comments from Argentina, and Europe, I always smile when I see someone comment from around the world how I’ve brightened their day or by looking at one of my photos how I take them back to when they visited WDW or Disneyland.”

Luis started his account, which has grown to 115k followers, by posting 3-4 photos a day, and still hasn’t missed a day yet!

Adolfo has over 27k followers on his Instagram account where he loves to share his captures of Disney characters, whether that be a parade, a show, or a meet and greet.

Adolfo said, “For me, these characters are the ones that make Disney different and they keep the magic that Walt created alive for everyone to experience.”

Walt Disney World’s official Instagram has also featured five of his photos on their account. Adolfo says that he has taken his love for photography more seriously rather than taking a pretty photo would “rather tell a story with every capture.”

HAPPY BDAY MAGIC KINGDOM!!!! Every time I’m here I remember why I fell in love with it. Everything about MK makes me so incredibly happy and I’m so lucky to have the honor of making memories here every single week. ??

Meaghan loves shooting photos during Walt Disney World parades and shows. When talking about shooting during parades and shows, she told ITM, “I think it’s one of the most challenging types of pictures to shoot, and the excitement of getting the perfect shot in such an unpredictable environment makes it that much more fun! I’m partial to the Festival of Fantasy parade, but I also really enjoy shooting Dream Along with Mickey and Fantasmic.”

Meaghan also mentioned her love for the connection between Disney fans and Instagram, “I’m always amazed by the fact that almost everyone in the Disney Instagram community is so willing to help each other. Whenever I have a question, even one I think may have an obvious answer, I’m never afraid to ask because I know there’s someone who will be able to give me an accurate answer right away, most of the time it’s even faster than Google!”

and at last I saw Dreamlights ✨ #tdl

Happy New Year from myself and the Symphony In The Stars fireworks at Hollywood Studios! #StarWars #SymphonyInTheStars

While you are checking out these fan accounts, be sure to follow Inside the Magic at @ITMNews. We post some fun pictures, as well as news as we receive it!