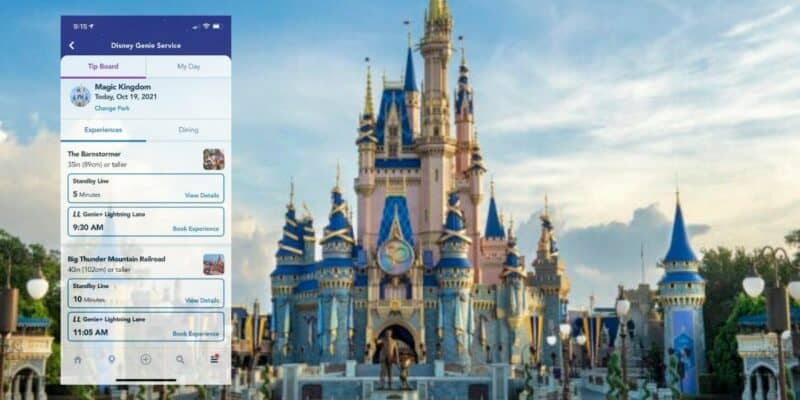 The Disney fanbase has been split when it comes to Disney Genie, Disney Genie+, and Lightning Lane.

Disney introduced the controversial paid services, Disney Genie+ and Lightning Lane, last year, and there have been many Disney Park Guests who have found themselves upset with the new system for a variety of reasons, including reported glitches in the system, not being able to book reservation times for any meaningful attractions, and paying more to still stand in line with a “backed up” Lightning Lane.

Previously, Lightning Lane costs were set at $15.00 apiece. But, earlier this week, Disney announced that it would be going to a “tiered system,” which would be based on crowd attendance.

While many Individual Lightning Lane prices going up was enough for backlash from Disney Park fans, others were upset to see that one attraction was still listed as only available through Lightning Lane: Seven Dwarfs Mine Train.

Other Disney fans said they believe it has to do with the fact that the attraction is consistently one of the longest waits in Magic Kingdom.

Disney announced that WEB SLINGERS: A Spider-Man Adventure at Disneyland Resort— which is must newer than Mine Train– would be available on Disney Genie+, but no such announcement was made for any attraction at Walt Disney World Resort.

Have you used Disney Genie, Disney Genie+, and Lightning Lane recently? Let us know in the comments!