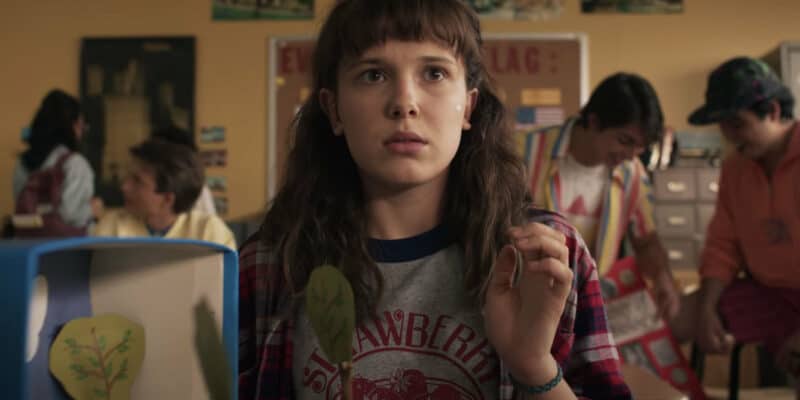 The latest season of Stranger Things (2016) is far more epic than we could have ever imagined. From seeing our favorite characters teaming up to take on dark wizard Vecna/Henry Creel/One (Jamie Campbell-Bower) to watching Hawkins become consumed by the Upside Down, it’s a season viewers aren’t likely to forget in a hurry.

Now, it begs to question how the fifth and final season of Stranger Things not only intends to wrap things up, but also how it will exceed fans’ expectations. Will it be equally, if not more, gut-wrenchingly tragic? Which Hawkins heroes will meet their maker this time around? And just how will Eleven (Millie Bobby Brown) defeat Vecna once and for all?

Recent news, however, has left us with questions we never thought we’d ever ask, as it was recently reported that American rapper Megan Thee Stallion might be making an appearance in Stranger Things 5, who was last seen “twerking” alongside Jennifer Walters/She-Hulk (Tatiana Maslany) in Marvel’s She-Hulk: Attorney at Law (2022) on Disney+.

Stranger Things isn’t exactly known for its cameos, though — at least not where individuals from the music industry are concerned — so we’ll just have to wait and see whether or not she will actually appear. The truth is we know very little about the next season, although the Duffer brothers have confirmed a number of things since Stranger Things 4 premiered on Netflix.

They recently confirmed the episode count for Stranger Things 5, while also comparing it to The Lord of the Rings in terms of scale and scope. A Stranger Things spin-off was also announced, though we know even less about that than we do the upcoming fifth season, other than that it will be “1000 % different” to the main show.

However, now, Eleven actress Millie Bobby Brown, who recently criticized the number of characters in the fourth season and urged the Duffer brothers to start killing some off, is calling for the fifth season to feature a musical episode. In an interview with CinemaBlend’s sister site Total Film (via Games Radar), Brown suggested that the show should go out with a musical bang.

Here’s what she said:

“I’d love to be the writer! I’d make it more of a musical. But, you know, they don’t entrust it in the hands of me, which they should [laughs]. Trust me: I can do the finale to Stranger Things, and it would be great. I think it should be like It’s Always Sunny In Philadelphia. Did you ever see the musical episode? It needs to end like that — a musical episode.”

It’s Always Sunny in Philadelphia (2005), which Brown is citing as inspiration, isn’t the only television show to have featured a musical episode, though. In fact, it’s fair to say that the trend started with Buffy the Vampire Slayer (1997), whose brilliant episode in question, “Once More, With Feeling”, remains vastly superior to any that followed.

Being a supernatural show, though, Stranger Things is far more comparable to Buffy the Vampire Slayer than it is to a sitcom. In Buffy the Vampire Slayer, the characters are forced to sing and dance because of demon-magic, but if the Duffer brothers end up taking on board Brown’s desire to see Hawkins belt out musical numbers, they’ll need to be even more creative.

Would you like to see a musical episode of Stranger Things? Let us know in the comments down below!

Comments Off on Could ‘Stranger Things 5’ End With a Musical Episode?!