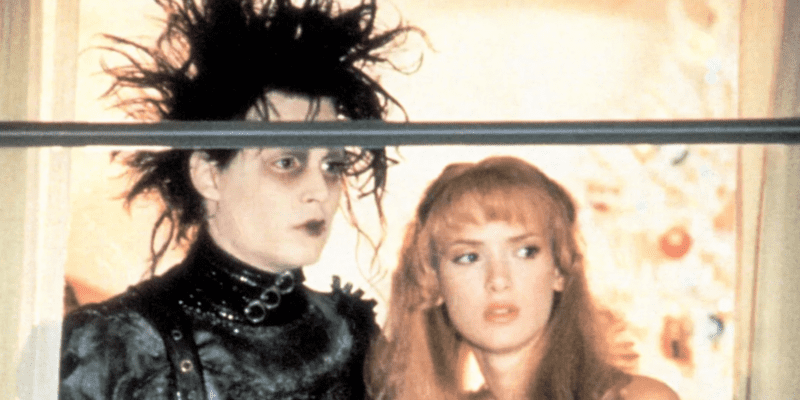 Winona Ryder and Johnny Depp first met at a New York City film premiere in 1989 and quickly became engaged in 1990. Depp got a”Winona Forever” tattoo, which after the two broke up, he ended up getting a cover-up and now has a “Wino Forever” tattoo.

Ryder is now speaking out regarding her break-up with Depp, telling Harper BAZAAR that it was “Girl, Interrupted [in] real life”.

Girl, Interrupted is a 1999 film that Ryder not only executive produced, but also starred in. The movie told the story of a young woman in a psychiatric hospital, which Angelina Jolie won the Best Supporting Actress Oscar.

Ryder has kept her own personal life mostly out of view. But she does hint that her breakup with Depp in the early ’90s and the ferociousness of Hollywood culture at the time made life far darker for her than anyone knew.

“I remember, I was playing this character who ends up getting tortured in a Chilean prison [in the 1994 drama The House of the Spirits],” Ryder told Harper BAZAAR.

The Edward Scissorhands (1990) actress credits “an incredible therapist” for encouraging her to imagine being gentle to a younger version of herself:

“I would look at these fake bruises and cuts on my face [from the shoot], and I would struggle to see myself as this little girl. ‘Would you be treating this girl like you’re treating yourself?’ I remember looking at myself and saying, ‘This is what I’m doing to myself inside.’ Because I just wasn’t taking care of myself.”

“I’ve never talked about it,” Ryder continued. “There’s this part of me that’s very private. I have such, like, a place in my heart for those days. But for someone younger who grew up with social media, it’s hard to describe.”

You can read her full interview here.

Winona Ryder and Johnny Depp both starred in Edward Scissorhands, but have, of course, gone their separate ways since. Depp went on to marry Amber Heard, but the two quickly got divorced and Heard ended up writing an Op-Ed for The Washington Post, where she referred to herself as a “public figure representing domestic abuse.”

Depp sued Heard for defamation and Ms. Heard countersued Mr. Depp, claiming that he “defamed her when his former lawyer released statements saying her allegations of abuse were a hoax.”

Are you a fan of Winona Ryder? How about Johnny Depp? Let us know in the comments below.