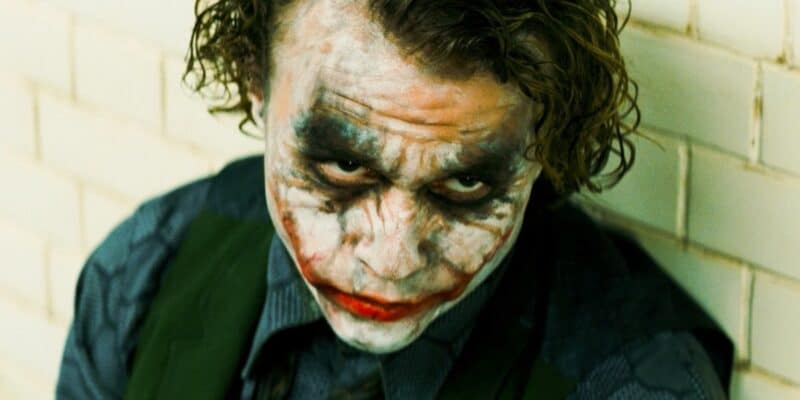 It’s no mystery that The Dark Knight Trilogy is filled with more Easter eggs than you’d find at Willy Wonka’s Chocolate Factory. In many ways, director Christopher Nolan is a little like The Riddler, leaving several clues for viewers to discover, or perhaps even like Batman himself, using theatricality and deception to hide things in plain sight.

Throughout his three Batman movies, Nolan relies heavily on subtlety, even when it comes to the main characters. Not once is Selena Kyle (Anne Hathaway) ever called “Catwoman” (instead, her burglar-alias is simply referred to as “The Cat”), while Batman’s sidekick in the movie, John Blake (Joseph Gordon-Levitt), is only revealed to be Robin in a closing scene.

The reason Nolan took this approach with The Dark Knight Trilogy is simple — his movies were to be grounded in reality, unlike all the previous outlandish Batman movies that came before it. While Matt Reeves’ The Batman (2022) is now considered the most realistic in the franchise, there’s no denying that Nolan’s films are the most ingeniously subtle.

In fact, Batman Begins (2005), The Dark Knight (2008), and The Dark Knight Rises (2012), are each so realistic, that Nolan decided not to include certain Batman characters — hero or villain — that would feel too outlandish. However, that didn’t stop him from referencing some of them, or even including versions of them that are far more believable than their comic book-counterparts.

So, having solved some of Nolan’s riddles, here are seven comic book-born Batman villains you definitely missed in The Dark Knight Trilogy!

Victor Zsasz, the sadistic killer who carves a marking onto his body for each one of his victims, has appeared in many forms of Batman media over the years, more recently in the TV series Gotham (2014– 2014), DCEU movie Birds of Prey (2020), and in the “Arrowverse” TV series, Batwoman (2019). However, many fans are unaware that he has a small role in Batman Begins (2005).

Early in the film, Victor Zsasz (Tim Booth) appears in court, where Dr Crane/The Scarecrow (Cillian Murphy) orders that the killer be sent to Arkham Asylum for “rehabilitation”. And later, when the League of Shadows, led by Ra’s al Ghul (Liam Neeson), pollutes Gotham’s waters with an hallucinogenic agent, several inmates from the asylum escape onto the streets, including Zsasz.

6. The Penguin — The Dark Knight

So here is director Christopher Nolan’s subtle attempt at including Oswald Cobblepot/The Penguin in The Dark Knight (2008), which finds us in the movie’s opening sequence. The Joker (the late Heath Ledger) and his goons are in the middle of robbing Gotham National Bank, when they meet the resistance of the bank manager, played by William Fichtner.

Fichtner isn’t wearing a monocle or a top hat, but there are many other clues that suggest he is Oswald Cobblepot/The Penguin. The first is the fact that The Joker shoots him in the leg, which may explain why The Penguin goes on to use a cane when he’s a more established villain. The second? “Whatever doesn’t kill you, simply makes you… stranger.” Need we say more?

5. The Riddler — The Dark Knight

Much like Victor Zsasz, the inclusion of iconic Batman villain The Riddler is far less subtle than the others on this list. However, director Christopher Nolan, who is a riddler in his own right, does make some tweaks to the character in The Dark Knight, firstly changing the character’s name from “Edward Nygma” to “Mr Coleman Reese” (Joshua Harto).

But how do we know he’s supposed to be The Riddler? After all, he’s not wearing green spandex adorned with question marks like Jim Carrey in Batman Forever (1995)! Well, the first clue is his name — Mr Reese, which is obviously a play on “mysteries”. And the Wayne Enterprises lawyer is also the first person to discover that Batman is Bruce Wayne (Christian Bale). Riddle solved!

4. The Calculator — The Dark Knight

The Calculator is one of the lesser-known villains in Batman’s vast Rogues Gallery, but he has appeared in numerous Batman comic books, as well as CW’s Arrowverse and The LEGO Batman Movie (2017). But he also shows up in The Dark Knight, which definitely appears to be the hotspot of the trilogy for Christopher Nolan’s subtle villain cameos.

In the 2008 sequel, Lau (Chin Han) a Triad boss, CEO, and corrupt accountant who works for the mob, appears to be Nolan’s version of The Calculator. In the comics, he also works for Gotham’s villains, running a vast network of information and connections, a role not too dissimilar to the one Lau plays in The Dark Knight. In the movie, he even says, “I’m good with calculation”!

While The Dark Knight has its fair share of hidden Batman villains, The Dark Knight Rises (2012) appears to follow suit, with Christopher Nolan continuing to flesh out Batman’s wider universe in the most subtle ways. And in the trilogy-topping sequel, we get a major clue that suggests the villain Killer Croc actually exists beneath the streets of Gotham City!

When John Blake (Joseph Gordon Levitt) tells Bruce Wayne that Gotham PD doesn’t believe his claims about there being trouble in the sewers (Bane’s operation), he says, “They asked me if he [Jim Gordon] saw any giant alligators.” However, it’s likely that Killer Croc would be an actual crocodile in this universe, or a cannibalistic human — but definitely not both.

Ben Mendelsohn is known for playing the lead villain in major Hollywood blockbusters, such as Rogue One: A Star Wars Story (2016) and Ready Player One (2018). But many forget that he also appears in The Dark Knight Rises as John Daggett, a character who tries to take control of Wayne Enterprises with the help of the movie’s main villain, Bane (Tom Hardy).

However, later in the movie, after challenging Bane, Daggett is horribly killed off screen. Despite having a seemingly small role, Daggett is developed from the Batman comic book character Roland Daggett, a villain responsible for creating the clay-like shapeshifter “Clayface”. While the mutant villain doesn’t actually appear in the film, Daggett is undoubtedly a nod to his existence.

The third act of The Dark Knight Rises finds Gotham under siege by Bane, and cut off from the rest of the world, as the threat of a nuclear bomb hangs over the city. Meanwhile, law and order has collapsed, and self-made judge The Scarecrow punishes men by sending them to their deaths on Gotham’s frozen river, which may just be Nolan’s answer to Mr Freeze!

Okay, we get it, it seems like we’re reaching a little, but our point is that Gotham’s deadly frozen river is simply Nolan’s way of including Mr Freeze in the trilogy without actually including him. Because let’s face it — Mr Freeze (played by Arnold Schwarzenegger in 1997’s Batman and Robin) doesn’t belong in the Nolanverse, so perhaps the icy death-march is the only compromise!

The Batman (2022) is the latest live-action installment in the Batman franchise, and includes villains such as The Riddler (Paul Dano) and Oswald Cobblepot/The Penguin (Colin Farrell), who, according to director Matt Reeves, will be getting his own HBO Max series.

The Batman has been a huge box office success, however, reviews appear to be mixed, with one of the biggest complaints being that it’s too long, as it clocks in just shy of three hours. Our complaint? Well, its Rogues Gallery is nowhere near as big as that of The Dark Knight Trilogy!

Did you notice these villains in The Dark Knight Trilogy?