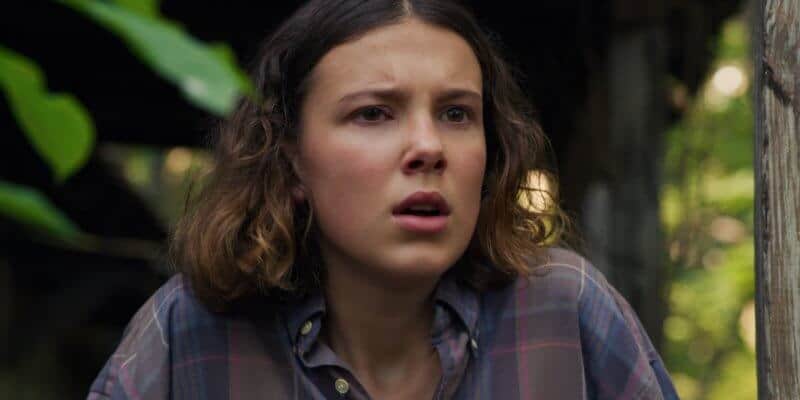 This year’s Stranger Things 4 has been a huge hit for Netflix, breaking streaming records and saving the service some 2 million subscribers (according to CEO Reed Hastings). And it’s plain to see why — it’s the most epic season yet, and there’s plenty of crowd-pleasing moments, with just as many gut-wrenching and heart-breaking ones.

But there’s no denying that the fourth season has a huge roster of characters, which is something even Eleven actress Millie Bobby Brown recently criticized, urging the show’s creators, the Duffer brothers, to take a leaf out of Game of Thrones‘ book and start killing some of them off in the fifth season. Maya Hawke, who plays Robin Buckley, has made similar comments.

And though the Duffer brothers said in a recent interview that they don’t intend to introduce any new characters in Stranger Things 5, it would seem that the fifth season might be welcoming a pretty big name nonetheless. That name is Megan Thee Stallion, the American rapper who recently appeared in Marvel’s in She-Hulk: Attorney at Law (2022) on Disney+.

Megan Thee Stallion isn’t really a name you’d associate with Stranger Things (2016), but she wasn’t a name you’d have associated with Marvel until recently, but that didn’t stop her from showing up in She-Hulk: Attorney at Law to twerk with Tatiana Maslany’s titular green giant. Although, in that show’s fairness, it is a comedy. But needless to say, Stranger Things is not.

However, in a new Instagram post, Stallion (real name Megan Jovon Ruth Pete), suggested that she may be appearing in the fifth and final season of Stranger Things. Check out her Instagram post, which includes a picture of her holding a Stranger Things cue card, and another in which she’s sat in a Netflix chair, all the while she sports black widow nail art, the same spiders that appear in the Upside Down in the latest season of the show.

Is it possible Megan Thee Stallion will be showing up in Stranger Things 5? And if so, what role will she have? While musicians are always breaking into the acting arena, we still can’t shake the feeling that this speculation alone will lead to countless Internet memes of her twerking alongside Vecna/Henry Creel/One (Jamie Campbell-Bower)…

Do you think Megan Thee Stallion will appear in the fifth and final season of Stranger Things? Let us know in the comments down below!