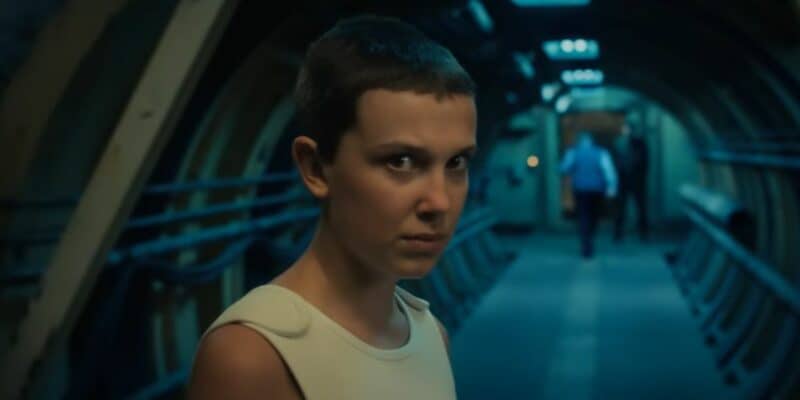 Stranger Things 4 has finally reached its explosive finale. The fourth season in the critically-acclaimed ’80s-set sci-fi horror drama series is the most jam-packed yet when it comes to characters, perhaps boasting more than all the previous three seasons combined.

As such, the season is split into two “volumes”, with each episode clocking in at 1 hour 20, while the finale is 2 hours 30. It’s war for Hawkins as Upside Down’s “dark wizard” Vecna AKA Henry Creel/One (Jamie Campbell-Bower) tries to destroy the barrier between both worlds.

Like the previous seven episodes, the last two deal with several different plots as our characters span many locations, from California to Russia, and Hawkins to the Upside Down. Eventually, they all intersect for the grand finale, but there’s certainly a lot to keep up with before then.

Meanwhile, Eleven, who has now lost her psychokinetic powers, finds herself in the Hawkins Lab all over again, as Papa/Martin Brenner (Matthew Modine) and Dr Sam Owens (Paul Reisner) try to help her get them back so that she may face Vecna and save her friends from certain death.

So, needless to say, there are a lot of characters in the latest season of Stranger Things, and they aren’t just limited to our Hawkins heroes. Not only does the OG line up remain — Eleven, Will, Mike, Dustin, Lucas, Nancy, Steve, Joyce, and Jim — there are also a number of newcomers.

Leading the fresh blood is Eddie Munson (Joseph Quinn), who is blamed for the grisly Hawkins murders which have been committed by Vecna. And then there’s Argyle (Eduardo Franco), who brings some much-needed levity to an increasingly dark show.

Well, if you’re in agreement that there are way too many characters in Stranger Things 4, you aren’t alone, because Millie Bobby Brown shares the same sentiment. In a recent interview with The Wrap, the Stranger Things star said:

“Last night, we couldn’t even take one group picture because there was like 50 of us. I was like, ‘You need to start killing people off’. The Duffer brothers are two sensitive Sallies that don’t want to kill anyone off. We need to be Game Of Thrones. “We need to have the mindset of Game Of Thrones… they tried killing David [Harbour] off and they brought him back. It’s ridiculous.”

Matt Duffer, one of the show’s co-creators (with his brother Ross Duffer), has responded to Millie Bobby Brown’s comments in an interview on the Happy Sad Confused podcast. When asked about her remarks about their reluctance to kill off some of the characters, he had quite a lot to say:

“She said we were ‘sensitive’ Sallies’. She’s hilarious. Believe us, we’ve explored all options in the writing room.” He went on to say, “We aren’t Game Of Thrones. This is Hawkins, it’s not Westeros. The show [would become] not Stranger Things anymore, because you do have to treat it realistically, right? So even when Barb dies, there’s two seasons worth of grappling with that, so imagine — is that something we’re interested in exploring or not interested in exploring?”

“This is me basically defending myself against these Millie Bobby Brown accusations,” he later joked. “It’s nothing to do with my sensitivity. So there you go Millie.” Well, Millie Bobby Brown may get what she wants, because Stranger Things 5 is set to be the final season in the series.

And if the latest season is anything to go by, it’s set to be a massacre. We’ve already seen Eddie Munson go out in a blaze of glory, while Max has been left seemingly brain-dead following her deadly encounter with Vecna.

And with Max partially dead, Vecna has realized his goal of opening the fourth and final gateway between Hawkins and the Upside Down. This results in an enormous earthquake that literally splits Hawkins down the middle, forcing the town into an evacuation.

The closing scene, however, finds some of our remaining characters watching in horror as the same white ash from the Upside Down begins to fall upon Hawkins, while a supernatural storm cloud forms above their hometown. So be careful what you wish for, Millie!

There is currently no release date for Stranger Things 5, however, there is also a Stranger Things spin-off in the works. The Duffer brothers are hoping to hand the project off to someone else, so here’s to hoping they turn their hand to A Nightmare on Elm Street reboot — especially with Stranger Things 4 being packed with references to the 1984 horror classic!