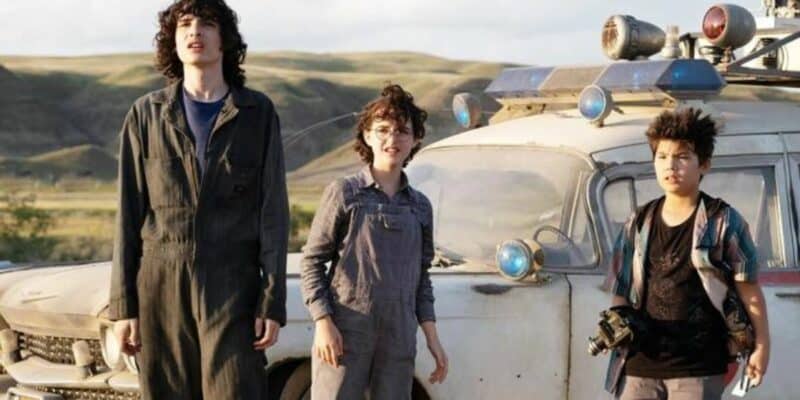 It’s a great time to be a Ghostbusters fan. Not only did Ghostbusters: Afterlife (2021) finally make it into theaters last November, it’s actually pretty good! Sure, it relies heavily on nostalgia to wow fans, but which blockbuster movie doesn’t these days?

Nevertheless, while reviews were mixed, that didn’t stop the film from catching $204 million worldwide in its trap, which ultimately led to a sequel being green-lit by Sony. Ghostbusters 4 (working title) was announced on Ghostbusters Day (June 8), but the news didn’t end there!

Suddenly feeling overwhelmed by this surge in paranormal activity? Don’t worry — we’ve captured all the news in one single place. Who ya gonna call? Nobody, because here’s everything you need to know about all the upcoming Ghostbusters movies, TV shows, and more.

Ghostbusters: Spirits Unleashed is an “asymmetrical multiplayer” game, which means that you’ll be able to take control of a Ghostbuster or one of the ghosts! The game features Ernie Hudson and Dan Aykroyd as they reprise their roles as Winston Zeddemore and Ray Stantz, respectively.

But this isn’t the first time the actors have starred in a Ghostbusters game — the beloved Ghostbusters: The Video Game (2009) features all four cast members, including Bill Murray (Peter Venkman) and Harold Ramis (Egon Spengler), as well as Annie Potts (Janine Melnitz).

While the 2009 game was previously considered canon, the events depicted are somewhat contradicted in Ghostbusters: Afterlife. Now, Ghostbusters: Spirits Unleashed appears to be a sequel to the 2021 film, as it appears to pick up after the post-credits scene in New York City.

There’s another Ghostbusters game on the horizon, except this one will be far more “immersive” than Ghostbusters: Spirits Unleashed. Ghostbusters VR (TBA) is a virtual reality-based game that will be available to play on the Meta Quest 2 VR headset. Check out the official trailer below:

In an interview with IGN, Senior VP of Virtual Reality for Sony Pictures Entertainment Jake Zim said the following about the upcoming game:

“Our game is not about Afterlife. It is not a sequel to Afterlife. It does not go deeper directly into the stories. It is a new story, it’s a new concept, but it ties closely back into lots of things that people loved from Afterlife and the broader Ghostbusters world itself.”

Unlike Ghostbusters: Spirits Unleashed — and pretty much any other Ghostbusters video game, for that matter — Ghostbusters VR takes place in San Francisco where you’ll be based at an all-new Ghostbusters HQ.

You’ll wield iconic Ghostbusters equipment and you’ll have the choice to go solo or team up with up to three friends in co-op in “campaign mode”. You can check out the official website for Ghostbusters VR here.

Fans waited decades for a sequel to Ghostbusters II (1989), but when Ghostbusters: Answer the Call (2016) hit theaters, chances of a third entry in the original series seemed impossible. But now, just months after the release of Ghostbusters: Afterlife, another sequel is in the works.

While little is known about Ghostbusters 4 (codenamed Firehouse), we do know that it will be the “next chapter in the Spengler family story,” while returning to New York City. Whether or not this will see the return of characters from Ghostbusters: Afterlife remains to be seen.

We can only hope that McKenna Grace, Logan Kim, Celeste O’Conner, Finn Wolfhard, Carrie Coon, and Paul Rudd reprise their roles as Phoebe, Podcast, Lucky, Trevor, Callie, and Gary Grooberson in the new film. But we might also see characters from other Ghostbusters movies.

With the “multiverse” concept becoming increasingly popular in film, it’s possible that the new Ghostbusters sequel will feature characters from the widely-hated Ghostbusters reboot. We’ll just have to wait and see on December 20, 2023, which is the official release date for the new movie.

A Ghostbusters animated movie (TBA) has been in talks for several years, with Ghostbusters (1984) director Ivan Reitman, who recently passed away, originally attached to the project. Now, as confirmed on Ghostbusters Day, Jennifer Kluska and Chris Prynoski will co-direct.

During the Ghostbusters Day festivities, Jason Reitman described the project as having “all new characters” while being “a whole new take on this [Ghostbusters] world.”

He also went on to say the following:

“This was a passion project of my father’s and it’s easy to understand why. The world of the unknown can only be properly explored through the limitless reach of animation.”

Ivan Reitman, Jason’s father and director of the original two Ghostbusters movies, sadly passed away earlier this year. However, it’s fair to say that his spirit and legacy will live on in all of the upcoming Ghostbusters stories, especially with his son involved.

The show is described as “the next generation of Ghostbusters animated television” that will “reach into the future” of “an unexplored era and decade of Ghostbusters canon” while introducing new characters and locations.

The upcoming project will be the third animated series in the Ghostbusters universe, following The Real Ghostbusters (1986 — 1991) and Extreme Ghostbusters (1997). The original show followed on from the movies, while the late ’90s follow-up featured an all-new team.

The new series could feature existing Ghostbusters characters in some shape or form, but given that it will be set in the future, it’s likely to revolve around a new team in its entirety. Either way, here’s to hoping that some of the actors from the movies will lend their vocal talents.

Last but not least, it was also announced on Ghostbusters Day that a new comic book series is in the works, which will this time be published by Dark Horse Comics. Previously, IDW Publishing held the publishing rights to Ghostbusters for well over 10 years.

IDW Publishing’s long-running “Ghostbusters” comic book series remains beloved by many Ghostbusters fans. While it isn’t considered canon, it does follow on from the original two movies while utilizing its own multiverse to bring in Ghostbusters characters from other iterations.

The series has even hosted an epic crossover between the original Ghostbusters and the all-female team from the 2016 Ghostbusters reboot. But long before the Paul Feig-directed film, the series was the first to introduce female-led Ghostbusters.

As for the upcoming limited edition comic book, it is described as a “unique story” that will be “in canon, as part of the growing Ghostbusters story that started way back in 1984.” The comic book will be released “sometime at the end of next year”.

Are you excited for all the upcoming Ghostbusters projects? Let us know in the comments down below!