What Will 'Ghostbusters 4' Be About? - Inside the Magic 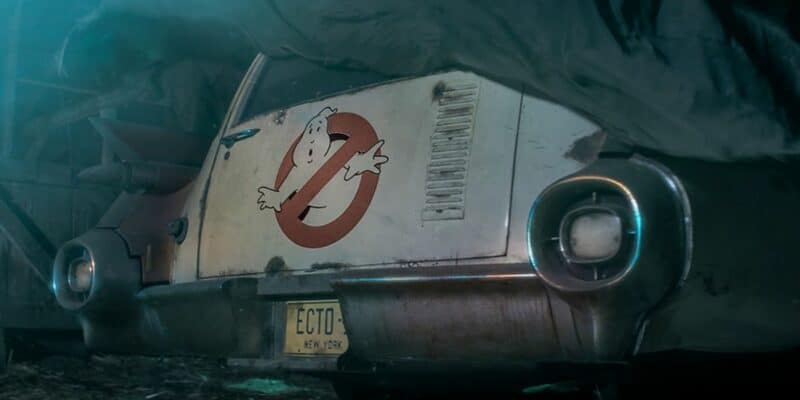 It took a long time for a third Ghostbusters movie to finally happen. While Paul Feig’s Ghostbusters: Answer the Call (2016) is of course the third movie in the franchise to be released, as it’s a complete reboot of the 1984 original, needless to say, it doesn’t really count.

But Ghostbusters: Afterlife (2021), which was directed by Jason Reitman — the son of Ivan Reitman, director of Ghostbusters (1984) and Ghostbusters II (1989) — took 30 years to get off the ground. So for a long time, the 1989 sequel was the most recent sequel in the original series.

And during that time, it seemed like a third movie would never happen. There were a number of scripts going back and forth, but evidently, they weren’t meant to be. And in 2014, Harold Ramis, who played Egon Spengler in the original two films, sadly passed away.

It wasn’t until the box office numbers for the critically panned 2016 reboot were crunched that a new Ghostbusters movie was greenlit by Sony Pictures. Only this time, it was going to be a sequel to the original movies, ignoring Answer the Call (it gets a few things right, but it’s still pretty bad).

And while it took even longer than planned due to the COVID-19 pandemic, we finally got to see a third movie in the main Ghostbusters series, in the form of Ghostbusters: Afterlife. The sequel grossed over $204 million worldwide, and has generally been well received by fans and critics.

But is that officially the end of the original Ghostbusters movie series? Recently, Sony Pictures confirmed that a fifth Ghostbusters movie is actually in the works! While they didn’t confirm whether or not it’s a sequel to Ghostbusters: Afterlife, the chances are it will be.

The latest sequel follows Callie (Carrie Coon) and her two children, Phoebe (McKenna Grace) and Trevor (Finn Wolfhard), as they relocate to Summerville, Oklahoma, to move into an old farmhouse left to them by Callie’s recently departed father, Egon Spengler.

But when Phoebe finds all the old Ghostbusters gear in the basement, it becomes clear that there’s something strange going on in her new neighborhood. So she enlists the help of summer school teacher Gary Grooberson (Paul Rudd) and fellow student Podcast (Logan Kim) to investigate.

Together, Phoebe, Podcast, Trevor, and local girl Lucky (Celeste O’Conner) become the new Ghostbusters, and must prevent an apocalyptic event which Egon had been trying to warn people about for many years. And said-event involves the return of the Terror Dogs and Gozer (Olivia Wilde).

During her final battle with Gozer, Phoebe is joined by the original Ghostbusters, Peter Venkman (Bill Murray), Ray Stantz (Dan Aykroyd), and Winston Zeddemore (Ernie Hudson). And before long, even the ghost of her grandfather Egon (Bob Gunton) shows up to help.

After defeating Gozer, the original Ghostbusters return home. Before the credits roll, we see the Ecto-1 driving along Brooklyn Bridge. A post-credits scene reveals Winston, who has become a wealthy businessman, talking to Janine Melnitz (Annie Potts) about the future of Ghostbusters.

After hinting at an expansion of the company, he returns the Ecto-1 to the old Ghostbusters’ firehouse, where, in the basement, a light on the Ecto-Containment unit — which is used to incarcerate ghosts in the original two films — is flashing red.

So, if Ghostbusters 4 is indeed going to be a sequel to the 2021 film, what will it be about? While there are many clues in Ghostbusters: Afterlife‘s post-credits scene, that storyline will be followed up in Ghostbusters: Spirits Unleashed (2022), an asymmetrical multiplayer video game set for release later this year.

The trailer confirms the return of Ernie Hudson and Dan Aykroyd as Winston Zeddemore and Ray Stantz, picking up where we left them in Ghostbusters: Afterlife. Winston is now running the Ghostbusters’ firehouse, and Ray is working at Ray’s Occult Books.

However, this time, as hinted at in that post-credits scene, a new generation of Ghostbusters has been assembled. While it’s still possible that Ghostbusters 4 will take this route, we can’t help but feel like Ghostbusters: Spirits Unleashed will have long spoiled this by the time it comes out.

Ghostbusters 4 is of course free to completely ignore the events of the video game, or any other form of media that transpires between now and then, whether it’s another video game, a graphic novel, or an animated series. And it won’t be the first time this has happened in the franchise.

While it doesn’t go out of its way to contradict the events of Ghostbusters: The Video Game (2009), which had long since been considered canon by even Dan Aykroyd himself, it’s the presence of Ivo Shandor (JK Simmons) in Ghostbusters: Afterlife that’s a bit of a problem.

In the 2009 game, whose cast includes Bill Murray, Dan Aykroyd, Ernie Hudson, Harold Ramis, and Annie Potts, the ghost of Ivo Shandor is the main antagonist. In the 2021 sequel, however, he is shown not to be dead, instead in some century-long slumber as he waits for Gozer to rise.

Whatever Ghostbusters 4 will be about, we think it would be wise for the sequel to finally lay the likes of Gozer, Shandor, the Terror Dogs, and even the Stay Puft Marshmallow Man to rest. There are surely far more supernatural entities in the world than this bunch, right?!

While nothing is known about Ghostbusters 4, it’s possible that Phoebe, Trevor, Podcast, and Lucky won’t be returning. After all, the end of Ghostbusters: Afterlife takes us back to New York City, and we can’t quite imagine the kids returning the favor and making a cross-country trip from Oklahoma to help a newly established New York team.

It would of course be a shame not to see these characters return — especially Phoebe and Podcast, who, along with Paul Rudd’s Gary Grooberson, steal the show in the new film. But perhaps the main objective of Ghostbusters: Afterlife was to serve as a sort of trilogy-topper.

The film is a blatant love letter from Jason Reitman to the original two films and to their director (his father), Ivan Reitman, who recently passed away. But it also doubles as a homage to Harold Ramis, with the plot having been written around his death, which is even mirrored in the film.

In other words, Ghostbusters: Afterlife is the perfect end to the main series of films — at least in terms of narrative. That’s not to suggest that the new Ghostbusters will be an entirely separate entity, but it’s now high time for a brand-new generation of Ghostbusters, and something new altogether.

We know what you’re thinking — Ghostbusters: Afterlife already introduces a new generation, and who better than the descendants of one of the original Ghostbusters themselves, right? Sure, but the threequel is a more character-driven story than it is the forming of a new line up.

While the four children are indeed the “new” Ghostbusters, it’s difficult to think of them as a long-term fixture. Their donning of the Proton Packs and the flight suits appears only to serve the film, unlike Answer the Call, which goes the opposite way — symmetry over storytelling.

If the likes of McKenna Grace, Finn Wolfhard, and even Paul Rudd, for that matter, don’t make a comeback, there are still many places for Ghostbusters 4 to go. With an extended universe of its own, Ghostbusters has a wealth of characters who are yet to be explored in live action.

IDW Publishing’s long-running “Ghostbusters” comic book series features many Ghostbuster characters. Some are exclusive to the pages, while others are borrowed from animated shows like Extreme Ghostbusters (1997).

The comic book series has even featured characters from the reboot — Abby Yates, Erin Gilbert, Jillian Holtzmann, Patty Tolan, and Kevin Beckman, who are played by Melissa McCarthy, Kristen Wiig, Kate McKinnon, Leslie Jones, and Chris Hemsworth in the movie.

In the comics, they are introduced using the Ghostbusters multiverse. While the 2016 film is of course a reboot and not a sequel, it’s possible that Ghostbusters 4 will acknowledge the existence of other dimensions across the multiverse (the reboot dimension is known as “Dimension 68-R” in the comic book series).

Whatever Ghostbusters 4 will be about remains to be seen. But the question is, will it play it safe like Ghostbusters: Afterlife does (its over-reliance on nostalgia is something that didn’t go down well with many fans), or will it finally give the wider Ghostbusters universe the attention it deserves?

What do you think Ghostbusters 4 will be about? Let us know in the comments below!

Comments Off on What Will ‘Ghostbusters 4’ Be About?