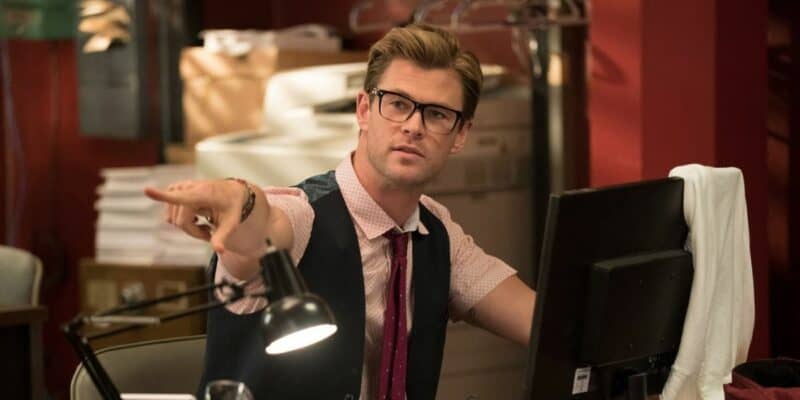 Sony Pictures recently confirmed that a fifth Ghostbusters movie is in the works. No other details were given, but it will likely be a sequel to Ghostbusters: Afterlife (2021), and not another wiping-of-the-slate like Ghostbusters: Answer the Call (2016), the reboot from director Paul Feig.

This will most probably be the case, given the fact that Ghostbusters: Afterlife, which was directed by Jason Reitman, made over $204 million worldwide, and was well received by fans and critics. In other words, the upcoming film won’t be connected to the 2016 reboot in any way whatsoever.

Ghostbusters: Afterlife is the third entry in the main Ghostbusters film series, following Ghostbusters (1984) and its direct sequel Ghostbusters II (1989), both of which were directed by Jason Reitman’s father, Ivan Reitman, who recently passed away.

Ghostbusters: Answer the Call, however, is a reboot, and therefore a stand-alone movie. With that said, the characters from the 2016 movie — Abby Yates, Erin Gilbert, Patty Tolan, and Jillian Holtzmann — have appeared in another form of Ghostbusters media in recent years.

So it came as no real surprise when the female Ghostbusters from the reboot got their very own graphic volume which goes under the same name as the film, “Ghostbusters: Answer the Call” (2017). While it wasn’t connected to the main series, that didn’t stop a crossover.

They appear in subsequent volumes — “Ghostbusters 101: Everyone Answers the Call” (2017) and “Ghostbusters: Crossing Over” (2018) — each of which sees them meeting the original Ghostbusters by means of an interdimensional portal. The Ghostbusters multiverse, if you will.

But that’s the last fans ever saw of Abby, Patty, Erin, and Jillian. And while it’s very unlikely that the fifth Ghostbusters movie will be connected to the controversial 2016 reboot (which was both a critical and financial failure), there is a tiny possibility that it will acknowledge its existence.

It was recently revealed that video game Ghostbusters: Spirits Unleashed (2022) will follow Ghostbusters: Afterlife, with Ernie Hudson and Dan Aykroyd returning as Winston Zeddemore and Ray Stantz. But whether or not the movie itself will be a direct sequel remains to be seen.

Assuming that the new film will indeed be the fourth entry in the main Ghostbusters series, it could go either one of two ways — it could bring back the characters from the 2021 sequel, or it could introduce a new set of characters altogether, not unlike the upcoming video game.

Whatever Ghostbusters 4 ends up being about, we’ve no doubt whatsoever that it will occupy the canon Ghostbusters universe. But that doesn’t mean that it can’t acknowledge the existence of the separate universe established in the 2016 reboot.

The multiverse concept is now becoming very popular, and blockbuster franchises such as the DC Extended Universe and the Marvel Cinematic Universe are paving the way for others to follow suit. This is likely the dawn of a new trend in cinema.

Spider-Man: No Way Home (2021) was the first to open the doors on the multiverse (no pun intended), while Doctor Strange in the Multiverse of Madness (2022) follows that up. Over on the DC side of things, The Flash (2023) will unite the DCEU with Tim Burton’s Batman movies.

So, is it possible that Ghostbusters 4 will feature the opening of the Ghostbusters multiverse? And if so, will we see the return of Abby Yates, Patty Tolan, Erin Gilbert, and Jillian Holtzmann, who are played by Melissa McCarthy, Leslie Jones, Kristen Wiig, and Kate McKinnon in the 2016 film?

Ghostbusters: Answer the Call can hardly be described as popular, and it’s odd to think that whoever ends up helming Ghostbusters 4 would even entertain the idea of utilizing elements of the reboot. On the other hand, the multiverse trend will probably stick around for some time.

It would be a lie to suggest that Ghostbusters: Afterlife didn’t follow certain trends. A small town with a secret, kids battling otherworldly threats, and buckets of ’80s nostalgia, are the ingredients of many TV shows and films, from Stranger Things (2016) to Stephen King’s IT (2018).

With all of that said, we can’t imagine any of the actresses from Ghostbusters: Answer the Call returning to, well, answer the call for a second time round. Melissa McCarthy and Leslie Jones were extremely vocal about their experience with trolls around the time of the film’s release.

Even director Paul Feig himself openly discussed the barrage of hate the film and some of its cast members were receiving. While misogyny doesn’t represent the Ghostbusters fanbase, comments of that nature have likely left a bad taste in the mouths of many associated parties.

But never say never. As Winston Zeddemore (Ernie Hudson) says in Ghostbusters (1984), “If there’s a steady paycheck in it, I’ll believe anything you say”. Depending on the financial incentive, some cast members from the reboot might be willing to don the proton packs for a second time.

And crossing the streams between both of these franchises is not impossible. Where there’s a supernatural universe, there’s a way. Not only have the “Ghostbusters” comics already established a multiverse, introducing such a concept on the silver screen is no longer a far-fetched idea.

The Ghostbusters: Answer the Call post-credits scene teases a sequel that will probably never happen, as Patty hears the word “Zuul” — a villain from the 1984 film — while listening to EVP (electronic voice phenomenon). Is it possible they’ve tuned into the 1984 universe?!

Is it possible that when the original Ghostbusters crossed the stream, they opened the multiverse? There are many possibilities, and while Ghostbusters: Afterlife returned the franchise to its original continuity, bringing a previous reboot into the fold isn’t out of the question, either.

The Ghostbusters from the reboot aren’t exactly fan-favorites, but think about it this way: The Amazing Spider-Man movies were previously considered among the worst Spider-Man movies, yet that didn’t stop the MCU from bringing in Andrew Garfield’s Peter Parker/Spider-Man.

Maybe there’s still hope yet for Abby, Erin, Patty, Jillian, and even their impossibly dumb secretary Kevin Beckman (Chris Hemsworth). The same goes for the reboot itself for that matter.

Do you think the new Ghostbusters movie will feature characters from the 2016 reboot? Let us know in the comments below!