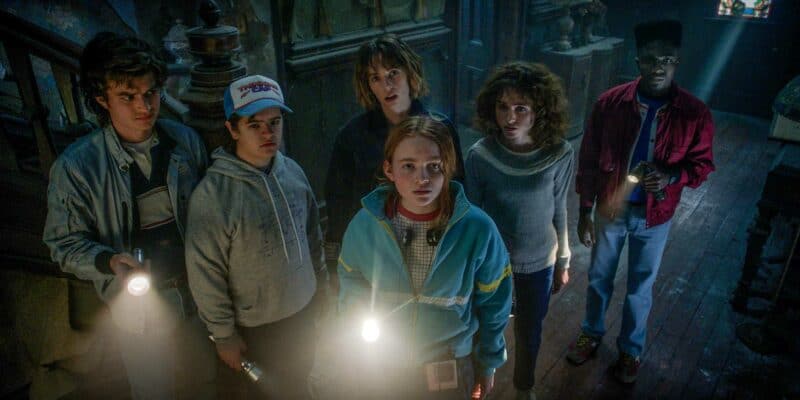 Since The Mandalorian (2019) landed on Disney+, Star Wars has impressed far more on the television than it has in the movie theaters in recent years. And while there are new films on the horizon, evidently, Disney and Lucasfilm are investing most of their resources into this side of the faraway galaxy — at least for the time being.

But we’d be lying if we said that there isn’t something missing from the live-action Star Wars TV shows. The Mandalorian got off to a solid start, with Season 1 standing on its own two legs and not relying on fan service in the form of cameos. But when Season 2 came around, despite being a pretty crowd-pleasing affair at the time, in hindsight, it’s filled with many cheap moves.

Seeing Ahsoka Tano and Bo-Katan Kryze being brought to life by Rosario Dawson and Katee Sackhoff was a dream come true for fans, but the ending with Luke Skywalker (Mark Hamill) now feels completely inconsequential, seeing as Grogu ditches his Jedi training not long after to return to the care of Din Djarin/The Mandalorian (Pedro Pascal) during The Book of Boba Fett (2021).

The latter show remains the most widely disliked to date, and though Obi-Wan Kenobi (2022) remedied some of that disappointment, it still lacks ambition, and relies largely upon the fact that it brings Ewan McGregor (Obi-Wan Kenobi) and Hayden Christensen (Anakin Skywalker/Darth Vader) back into the fold, making it a show built solely on fan service.

Putting the fan service problem aside, though, one of Star Wars‘ biggest problems where live-action shows are concerned is the lack of things such as gravitas, emotion, high stakes, urgency, victory, loss, and sense of tragedy. Those things are all there, of course, but the Force could be a lot stronger. Now let’s take a look at a show that has all of these things dialled up to, ahem, eleven.

Enter Stranger Things (2016). Or more so, Stranger Things Season 4, which premiered earlier this year on Netflix. If you’ve watched the fourth season, you’ll know just how epic it is, and also pretty heart-breaking in parts too. In fact, it left some of us wishing that Disney and Lucasfilm would take some notes and inject the same sort of energy into their Disney+ Star Wars projects.

Stranger Things Season 4 finds the fate of Hawkins hanging in the balance, as our (many) characters — such as Eleven (Millie Bobby Brown), Mike Wheeler (Finn Wolfhard), and Jim Hopper (David Harbour) — take the fight to the Upside Down, where “dark wizard” Vecna/One/Henry Creel (Jamie Campbell-Bower) plans to emerge from his own dimension and into the human one above.

The finale, which clocks in at a whopping 2 hours and 30 minutes, deserved its own theatrical release, and is a surreal experience, to say the least. We can’t remember the last time we’ve felt so wholly satisfied by a television show, and at the same time, absolutely devastated by some of the tragedies that unfold (two words: Eddie Munson).

Not only that, but Stranger Things Season 4 ends on a major cliffhanger, leaving us wanting so much more. We get it — Star Wars and Stranger Things are two very different beasts, but if the former continues to disappoint, isn’t it time for Disney and Lucasfilm to shake things up a little? After all, it’s not impossible for Star Wars to see a major decline in quality like Marvel has in recent years.

While Andor (2022) might be the strongest live-action show since The Mandalorian Season 1, it doesn’t change the fact that live-action Star Wars TV shows continue to be very hit and miss. It’s possible that Andor could be a sign that things are improving, but previous disappointments from the faraway galaxy have left us feeling extremely skeptical about the future.

Not all hope is lost, though — a sentiment Star Wars always seems to remind us — as next year will see the arrival of Star Wars: Skeleton Crew (2023), a live-action TV series starring Jude Law which was teased at this year’s D23 Expo. Oddly enough, the show has been described as “Stranger Things in space”, though we suspect this has more to do with concept than style.

Next year will also see The Mandalorian Season 3 premiere on Disney+, as well as Ahsoka (2023). However, it’s unlikely these two shows will be drastically different to anything we’ve seen so far from a stylistic and tonal perspective, as both Din Djarin/The Mandalorian and Ahsoka Tano (Rosario Dawson) have already been fully established in previous shows.

But if Stranger Things Season 4 isn’t the answer, then perhaps the animated side of the faraway galaxy is. It would be near impossible to find a Star Wars fan who doesn’t agree that the likes of Star Wars: The Clone Wars (2008) and Star Wars: Rebels (2014) remain vastly superior to any of the live-action shows we’ve seen so far.

The former show, however, is the best example. Star Wars: The Clone Wars might just be the most emotional entry in the entire Star Wars universe. Try as they may, the films and the live-action TV shows just don’t quite hit the same emotional beats as this animated masterpiece does.

And though upcoming shows such as Ahsoka are intended to serve as “sequels” to The Clone Wars and Rebels, it’s going to take a little more than just bringing animated characters to life in live action to convince fans.

Would you like to see Star Wars done in a similar way to Stranger Things Season 4? Let us know in the comments down below!

Comments Off on Should ‘Star Wars’ TV Shows Take Inspiration From ‘Stranger Things’?