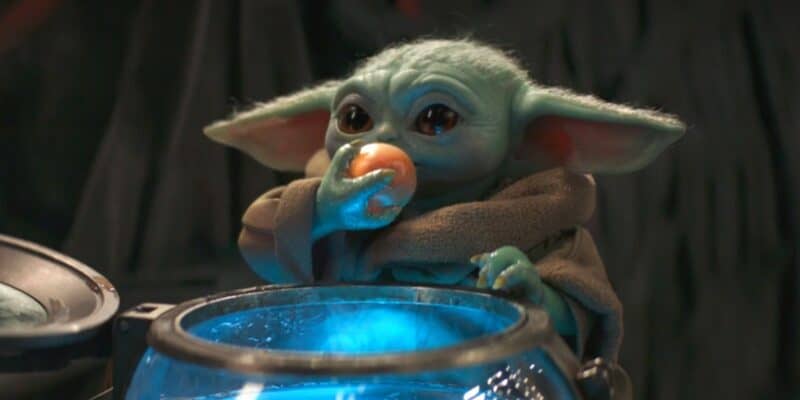 For Lucasfilm, the 50-year-old infant was also a welcome distraction from the divisiveness of the sequel trilogy — by that point, Episode VII – The Force Awakens (2015) and Episode VIII – The Last Jedi (2017) had split the Star Wars fandom — and Episode IX – The Rise of Skywalker didn’t fare much better in December 2019.

Fortunately, by then, the fan community had rallied around Jon Favreau and Dave Filoni’s foray into live-action Star Wars television.

Now, as anticipation for Season 3 mounts, Gremlins (1984) director Joe Dante has spoken out — and it turns out he isn’t nearly as big a fan of Grogu as everyone else.

“I think the longevity of [the Gremlins films] is really key to this one character [Mogwai, Gizmo], who is essentially like a baby. Which brings me, of course, to the subject of Baby Yoda, who is completely stolen and is just out-and-out copied. Shamelessly, I would think.”

It’s worth noting that “Baby Yoda” got his nickname because he was clearly inspired by the original trilogy’s Master Yoda (Frank Oz), the legendary Jedi who trained young Luke Skywalker on Dagobah in Episode V – The Empire Strikes Back (1980).

Grogu’s appearance in certainly in keeping with what one would expect from a younger version of Yoda’s (and Yaddle’s) species, but he does bear a resemblance to Gizmo as well. However, it’s worth noting that ESB released four years before Gremlins, so George Lucas’s vision for Yoda was not taken from the Warner Bros. film.

As one recent article pointed out, however, Grogu and Gizmo do have one major, undeniable similarity — their merchandising power:

Back in the ’80s, the adorable Gizmo inspired a similar merchandising trend, becoming a worldwide sensation, even among those unfamiliar with the Gremlins movies. The original film earned a follow-up film in 1990 with Gremlins 2: The New Batch, with the franchise now headed to the small screen with the animated Gremlins: Secrets of the Mogwai on HBO Max.

What do you think about Joe Dante’s Star Wars comments?