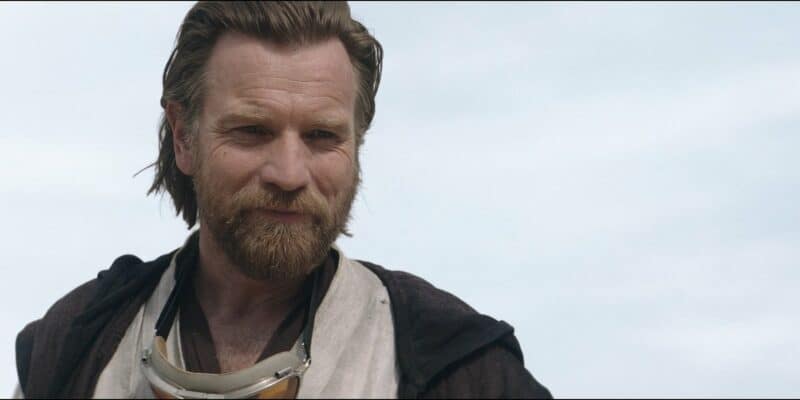 If it wasn’t for one line in the Original Trilogy, fans wouldn’t have seen Ewan McGregor return as Obi-Wan.

While fans argue that Kenobi and Vader shouldn’t have met again until Star Wars: Episode IV — A New Hope (1977) and Lucasfilm agreed with those fans until Stuart Beattie changed their minds.

The writer had to explain that a certain quote from Star Wars: Episode VI — Return of the Jedi (1983) made it clear that Kenobi must have fought or talked to Darth Vader after the events of Star Wars: Episode III — Revenge of the Sith (2005).

In a recent interview, Beattie shared how he pitched the idea to Lucasfilm for Vader and Kenobi to fight again and they didn’t think the two characters could meet again until he shared the quote from Return of the Jedi:

“And I followed it up with, ‘How does someone talk about Darth Vader betraying and murdering Anakin and actually believe it? There’s got to have been more there.’ And then Padme saying to [Obi-Wan] as she died in his arms, ‘There’s still good in him.’ And then the idea that he thought Anakin was dead. He thought he killed his brother this whole time. So she was wrong, but now he’s alive. And, ‘Oh, my God, maybe she was right. Maybe there is still good in him.’ So where did Vader get that sense that Obi-Wan thought there was still good in him? It was really that line from Return of the Jedi that convinced them to hire me to write the story.”

From there, Beattie went on to explain that the Emperor was telling Vader to forget about Kenobi, but Vader’s obsession wouldn’t allow for that to happen:

“To me, Vader in this period is just so obsessed with Kenobi, so obsessed with revenge and what you did to me, you know that he just wants to put a lightsaber to him. And he doesn’t want this to last another second. He wants to kill this guy. In my film he was under pressure from the Emperor from the beginning. ‘Forget Kenobi. Forget Kenobi. That’s Anakin, let that go. Focus on the present, we’ve got this problem and this problem, this problem,’ you know, and Vader just can’t let it go.”

The writer went on to explain that Vader would’ve thought Kenobi died due to the line the Sith Lord said in A New Hope:

In mine, he really did believe that Kenobi was dead at the end, which was the thing that allowed him to finally let Kenobi go and focus on ruling the galaxy with an iron fist. Because it always seemed that in [A New Hope] he was shocked when he was like ‘I sense something, a presence I’ve not felt since…’ Why do you stop talking to yourself? It’s because you’re that shocked, you know?”

Due to how long ago the two had fought each other, Tarkin believed that Kenobi must’ve died, but Vader knew this couldn’t be the case:

“So I always felt that that was a moment when he suddenly realized, Oh, my God, he’s alive. I mean, in the next scene, he’s talking to Tarkin and Tarkin’s like, ‘What? No, he’s dead. He’s got to be dead,’ you know, (but) no, no, he’s alive. So I felt that was justified and really the only way that Vader would have stopped hunting Kenobi is that he believed Kenobi was dead.”

It makes a lot more sense why Obi-Wan Kenobi tried to focus on Anakin and Kenobi meeting one more time and for Kenobi to see that Darth Vader was all that remained which is why he tells Luke that Vader killed Anakin Skywalker.

It’s hard to know what other story Lucasfilm would’ve told about Kenobi, but it is possible that they might use those ideas to make a second season for the series and continue to explore what happens to Obi-Wan Kenobi before we see him as the hermit saving Luke in the Jundland Wastes.