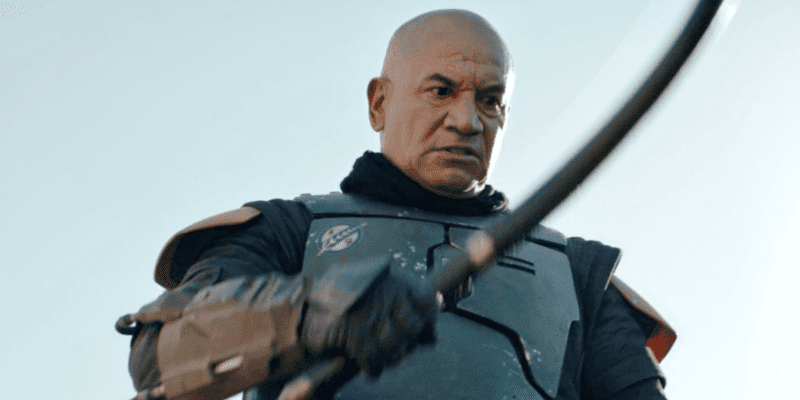 While fans are still mixed about how they feel about the Star Wars series, fans will be furious to learn that Cody was cut from the series and would’ve had a large role. In a recent interview talking to The Direct, Stuart Beattie shared that the Kenobi series originally had the clone commander appear in the series trying to help Obi-Wan:

“Yeah, yeah. Cody was the big one. I love the idea of Obi-Wan having a buddy on Tatooine. Like a secret buddy. So like the first time he goes into town, you see, Cody, and he’s following him through the streets and attacks him, takes him into an alley with a knife to his throat and says, ‘You’re dead.’ And then you realize, ‘Oh, no… Cody’s making a point.’ Like, ‘Come on. You got to be more careful.’”

Related: Commander Cody Is Primed to ACTUALLY Return to ‘Star Wars’ This Time

Beattie explains that this was possible due to the Clone Wars explaining how the clones have Inhibitor Chips and after Cody got his chip out, the former clone commander had a lot of guilt:

“And you realize, ‘Oh, Cody has now morphed from someone who was trying to kill him when we last saw them to someone who is now devoting his life to protect him.’ Because by now he’s had the biochip taken out of his head, and now he realizes, ‘Oh my god, what I did was wrong.’ And he has driven by guilt, as much as Obi Wan is driven by guilt. So you got these two kind of old warriors bickering like this old married couple, bitching about, ‘God, it was so much better when we had an army at our backs,’ you know?’”

Beattie also explained that Cody was going to protect Luke while Obi-Wan went off to save Leia so that way Obi-Wan could fulfill his promise:

“And the idea of mine was that when Obi-Wan had to leave Tatooine, he left Cody in charge of Luke. And that gave us a fun little B-story to keep cutting away to. And yeah, he’s a really fun character and a guy racing against the clock obviously, because he’s aging twice as fast. He’s trying to atone for the worst thing he’s ever done in his life. So tragic in a way, but just fun… The way they bickered in my stuff, it was just, you know, put a smile on your face and, you know, (laughs) just arguing all the time.”

Fans would’ve loved to see Kenobi and Cody work together again. Taking Cody out of the series wasn’t the right choice, but if Kenobi continues for a second season, there’s a possibility that Cody could appear and protect Luke if Kenobi leaves Tatooine again.

Related: ‘Kenobi’ Season 2 Could Easily Set Up Another “Rematch of the Century”