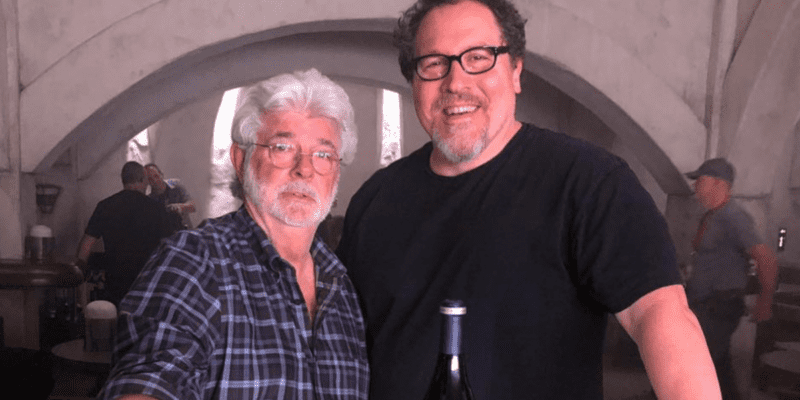 The Mandalorian creator, father of the Marvel Cinematic Universe, and Lucasfilm legend Jon Favreau is finally receiving his own Hollywood star, and fans couldn’t be happier.

Every Star Wars fan and every Marvel fan has a debt of gratitude to give maestro Jon Favreau, one of the most creative forces in Tinsel Town.

Having a hand in everything from Will Ferrel’s classic Elf (2003) to the rebirth of the Skywalker saga and the Star Wars universe with The Mandalorian and more, Jon Favreau has cemented himself as one of the most creative geniuses of his generation.

Starring in the MCU has Happy Hogan, Jon Favreau is the man to thank for the overarching, intertwined Marvel Collection of heroes that fans see on the screen today.

Now, in time for the summer of Star Wars, Jon Favreau is finally receiving his own Hollywood star:

Jon Favreau will receive a star on the Hollywood Walk of Fame.

Jon Favreau will receive a star on the Hollywood Walk of Fame. pic.twitter.com/b4xxI0gdhK

Now, with more Star Wars coming from Jon Favreau and Dave Filoni, fans couldn’t be happier for the man behind Grogu to get some proper recognition:

He is the GOAT, both director AND actor. W

He is the GOAT, both director AND actor. W

Jon Favreau started the MCU, the streaming era of original Star Wars shows, created Elf, helped pioneer the volume technology, and made a pretty damn good cooking show. All while being a man who just wants to make folks happy. Definitely a star well earned.

Jon Favreau started the MCU, the streaming era of original Star Wars shows, created Elf, helped pioneer the volume technology, and made a pretty damn good cooking show. All while being a man who just wants to make folks happy. Definitely a star well earned pic.twitter.com/HfCJxlW5PH

The location and day of celebration for Jon Favreau’s star along the Hollywood Walk of Fame are yet to be announced. Nonetheless, fans can’t wait to see what’s next for the creative mastermind.

Should Dave Filoni get his own star next? Comment below!