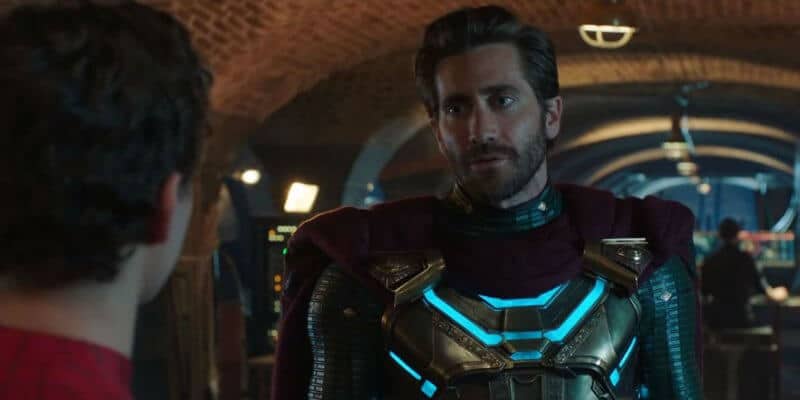 Jake Gyllenhaal’s Mysterio may have known more about the Multiverse, but Marvel doesn’t know for sure what the beloved villain knew.

Mysterio definitely is one of Marvel’s most memorable villains as  Tom Holland’s Spider-Man: No Way Home (2021) had to deal with the repercussions of the villain exposing Spider-Man’s secret identity. Not only did Mysterio make Tom Holland’s life miserable, but it seems that the villain may have known about the Multiverse before most people.

In Spider-Man: Far From Home (2019), Mysterio introduces himself as a super hero from Earth-616 which was Marvel’s first tease at the Multiverse. While fans learn later on that Mysterio is lying and not to be trusted. With Doctor Strange in the Multiverse of Madness (2022) confirming that the MCU’s Earth is indeed Earth-616, it does make fans wonder if Mysterio was lying or if he knew more than he let on.

One possibility would be that Mysterio was experiencing dreams from his other multiversal selves and was able to create his character persona based on other versions of him that actually had those powers. This also could have left him with naming his universe after dreaming of his other variants naming their universes.

Mysterio really couldn’t have known that the MCU was Earth-616 and Marvel probably didn’t plan to confirm this in Doctor Strange 2 meaning that they will probably retcon Mysterio’s words later on. Marvel is notorious for retconning small details as the MCU continues to grow as Kevin Feige’s master plan normally doesn’t include the tiny details or events from the MCU, but rather focuses on a singular goal or objective.

With the Multiverse leaving any Marvel character to reappear, it’s quite possible that Gyllenhaal will return at one point later in the MCU and if he actually had the magical abilities, to make illusions, it would be scary to see just what he could do to the rest of the Marvel Cinematic Universe.

Do you think Jake Gyllenhaal will return as Mysterio? Let us know what you think!