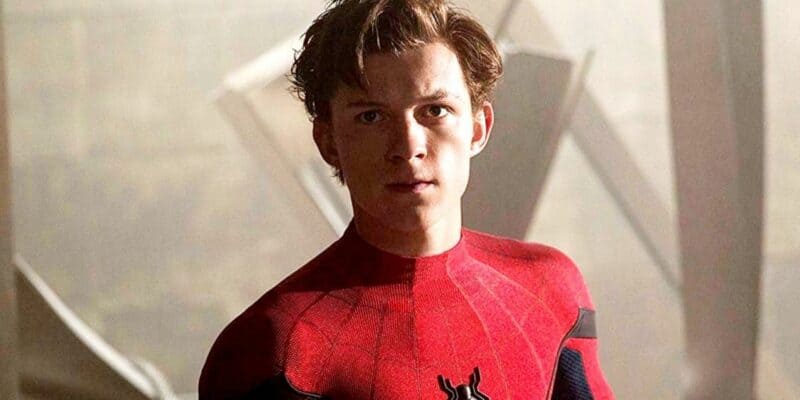 It’s a Marvel world and we are all just living in it. Hot on the heels of Oscar Isaac’s Moon Knight series on Disney+ and the latest feature film, Doctor Strange in the Multiverse of Madness (2022), Ms. Marvel is next up in Kevin Feige’s Marvel Cinematic Universe lineup.

The miniseries from Bisha K. Ali sees Marvel Comics icon, Kamala Khan AKA Ms. Marvel, enter the MCU in just a couple of weeks. And despite it being Iman Vellani’s debut, the new star is already receiving high praise from Marvel Studios execs, with comparisons being made to Marvel golden boy, Tom Holland.

Ms. Marvel is just the latest in the MCU’s television streaming Originals. Following WandaVision, The Falcon and the Winter Soldier, Loki, What If…?, Hawkeye, and Moon Knight, Ms. Marvel finds Pakistani-American Kamala Khan, played by Vellani, having her superhero dreams come true.

Created by Ali, who also serves as head writer, the Marvel Phase Four miniseries’ directing team is led by Adil El Arbi and Bilall Fallah. It will be Vellani’s debut as the young superhero ahead of her turn in the upcoming blockbuster The Marvels (2023) from director Nia DaCosta, starring Brie Larson (Carol Danvers/Captain Marvel) and Teyonah Parris (Monica Rambeau).

While many seem to be excited for this relatively new comic book hero to enter the live-action Marvel universe, criticism has been launched at the series for its change to Ms. Marvel’s iconic powers. Marvel boss, Kevin Feige, has touched on the subject of her cosmic energy powers, but here’s hoping even the most diehard Marvel fan can bypass the alteration and enjoy this new adventure in the MCU.

Speaking of Feige, the exec has also revealed that he sees Vellani as the next Tom Holland — that is, the newest Marvel superfan. In conversation with Empire (via The Direct), Feige had this to say of the 19-year-old actor:

“Much like Tom Holland and and Peter Parker, Iman is a much bigger Marvel fan than we realized. “(On set) she carries this Unabomber notebook with her everywhere, with her scribbles and ideas. And why wouldn’t we want to hear them? Not just because she’s playing the lead, she’d be commenting on the show online. So better comment before the show’s done, and try to incorporate some of those ideas.”

Tom Holland, of course, has played Peter Parker/Spider-Man in the MCU since Captain America: Civil War (2016). After being brought in by Robert Downey Jr’s Tony Stark/Iron Man, Holland’s web-slinger has appeared in multiple blockbusters including Avengers: Infinity War (2018) and Avengers: Endgame (2019), in addition to his own franchise trilogy, Spider-Man: Homecoming (2017), Spider-Man: Far From Home (2019), and most recently, the record-breaking Spider-Man: No Way Home (2021).

Holland’s tenure in the MCU has seen the actor grow in popularity, so Feige’s comparison of Vellani to the Spidey star could mean the former is about to reach glittering heights in the MCU and beyond.

Ali also joined the Vellani praise party after having worked on the Ms. Marvel series script for the previous year:

“The day I met her I was like ‘Oh, I’m talking to the character that we’ve been agonizing over for the past year.’ Draft after draft, I could hear my dialogue in her mouth.”

Ms. Marvel is set to debut on Disney+ on June 8, 2022. The Marvels will now release towards the end of Marvel Phase Four on July 28, 2023, after swapping release dates with Ant-Man and the Wasp: Quantumania (2023).

Are you looking forward to seeing Ms. Marvel on Disney+ this June? Let us know in the comments down below!