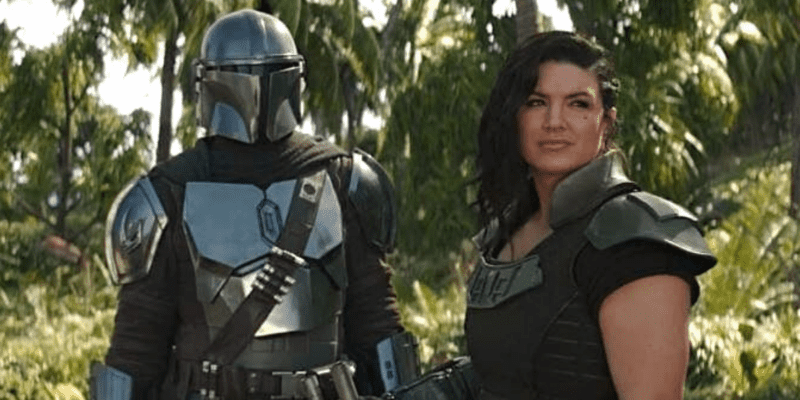 The Mandalorian season three is the most anticipated Star Wars season, with many eyeing a December 2022 debut. With recasting for Gina Carano’s character underway, Pedro Pascal offered a replacement that he thinks would be “great” for The Mandalorian.

The Mandalorian cemented itself as one of the strongest Star Wars series in history, with its debut season in 2019, leading to Grogu (AKA “Baby Yoda”) and Din Djarin (Pedro Pascal) rightfully stealing the show in The Book of Boba Fett.

Following the tumultuous firing of actress Gina Carano as Marshal Cara Dune from season three of The Mandalorian, a big hole is yet to be filled by another actor.

Pedro Pascal has the perfect actor in mind:

“I think [Nicolas Cage] would be a great Mandalorian. I think that he’s so physical, that he cuts such a great silhouette, he would figure out very artistic ways to execute the role.”

In a recent interview with IMDb, Pascal name drops Nicolas Cage as an actor he’d love to see in The Mandalorian, stating that Cage is “he would figure out very artistic ways to execute the role.”

Pedro Pascal stars with screen legend Nicolas Cage (Con Air, The Rock) in The Unbearable Weight of Massive Talent (2022, which debuts on April 22, 2022.

Nicolas Cage has appeared in nearly every movie known to man, including Disney’s National Treasure film franchise and Marvel’s Ghost Rider (2007), a character rumored to appear in Doctor Strange in the Multiverse of Madness (2022).

While Pedro Pascal was joking about having Nicolas Cage takeover his Mandalorian role, he can appear in The Mandalorian in some capacity.

Considering that Danny Trejo recently cameoed in The Book of Boba Fett, it’s clear that Hollywood big names can pop up through Star Wars as they please.

Even if Nicolas Cage were to appear in a minor role, the galaxy far, far away would be perfect for this larger-than-life actor.

Beginning five years after the events of Star Wars: Episode VI – Return of the Jedi (1983) and the fall of the Galactic Empire, The Mandalorian follows Din Djarin, a lone Mandalorian bounty hunter in the outer reaches of the galaxy. He is hired by remnant Imperial forces to retrieve the child Grogu, but instead goes on the run to protect the infant. While looking to reunite Grogu with his kind, they are pursued by Moff Gideon, who wants to use Grogu’s connection to the Force.

Every Star Wars fan is eager to see which characters return to the streaming series, such as Sasha Bank’s Koska Reeves, Axe Woves (Simon Kassianides), and Bo-Katan Kryze Katee Sackhoff).

Do you want Nicolas Cage to join Star Wars? Let us know in the comments below!