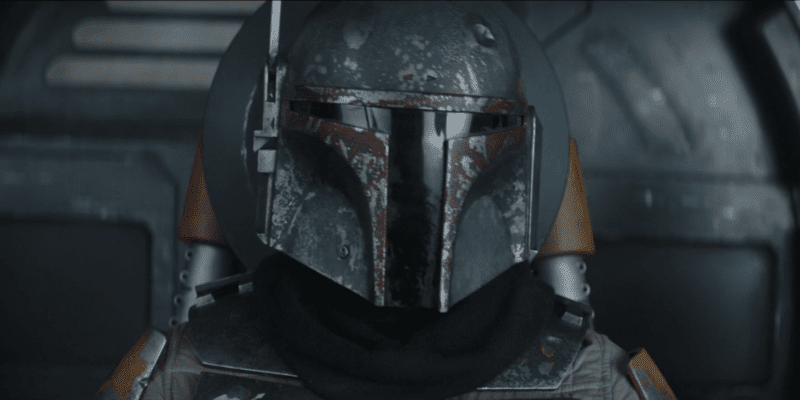 Ever since legendary Star Wars bounty hunter Boba Fett made his triumphant return to the Star Wars universe in The Mandalorian Season 2, Episode 6 (“Chapter 14: The Tragedy”), he has been — unsurprisingly, given the character’s massive cult following — front and center in the ever-expanding Star Wars story.

Following the instantly epic scene, the words “The Book of Boba Fett Coming December 2021″ flashed on the screen.

Next, Mandalorian executive producer and Book of Boba Fett director Dave Filoni shared details about Fett’s past on Kamino in animated series Star Wars: The Bad Batch — spoiler alert, his name used to be Alpha and he has a sister, the only known female Jango Fett clone, Omega.

Then, the Star Wars franchise garnered controversy when they seemingly changed the name of Boba Fett’s starship, Slave I, to “Firespray.”

Now, after all of that, some new details have emerged about what fans can potentially expect when The Book of Boba Fett officially debuts on the Disney+ streaming platform this December. Per a new Star Wars News Net report:

“In the series, Boba Fett is in revenge mode. He will be going after everyone who did him wrong in the past, and he will also be looking for the other bounty hunters. And even more — he will be doing it with a new look to his armor!”

While it’s unsurprising that Fett will be in “revenge mode” — online speculation has run rampant that the “Book of Boba” will be a literal book featuring the names of all those who have wronged the Star Wars icon, including, perhaps, Han Solo — any changes Fett’s iconic beskar armor are likely to outrage Star Wars fans.

However, what changes, exactly, showrunner Robert Rodriguez and his team have made remain to be seen.

Mandalorian showrunner Jon Favreau has teased that the series is “The Mandalorian Season 2.5″ rather than a true spinoff, so don’t be surprised if there are cameo appearances by the likes of bounty hunter Din Djarin (Pedro Pascal), Marshal Cobb Vanth (Timothy Olyphant), Bo-Katan Kryze (Katee Sackhoff), Grogu and Luke Skywalker, antagonist Moff Gideon (Giancarlo Esposito), and more characters from The Mandalorian saga.

We are even likely to see other fan-favorite characters — in addition to any potential Skywalker appearances — from the Skywalker Saga original trilogy, as it has already been confirmed that the series will “go back in time” to the days of the Sarlacc pit incident from Star Wars: Episode VI – Return of the Jedi. This means that, at least in theory, we could even see Darth Vader in a flashback sequence…

What changes do you think are coming to Boba Fett’s armor?