Dave Filoni Is Shrinking the 'Star Wars' Galaxy - Inside the Magic 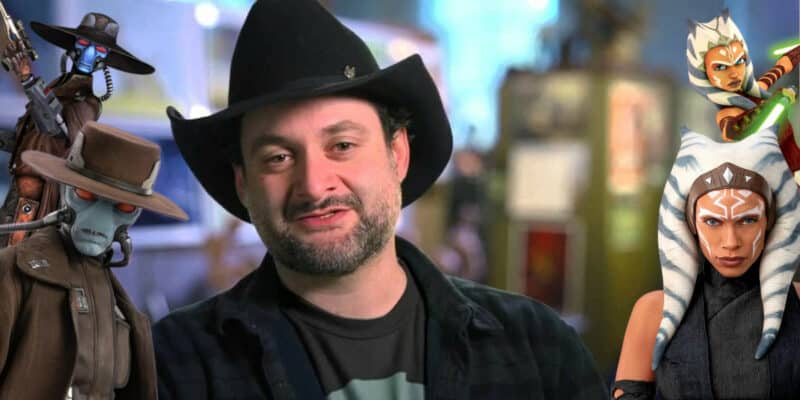 Compared to the Star Wars Galaxy, the Milky Way is small. Our little galaxy spans 52,850 lightyears and encompasses an estimated 100 to 400 billion stars, each with its own likely solar system. Depending on which sources you check, of these billions of planets, there could be up to 300 million planets with comparable climates to ours, making them just as likely to support life. If these planets each have a comparable population to earth, around 8 billion, that’s 2,400,000,000,000,000,000 people in our galaxy alone!

How Big Is the Star Wars Galaxy?

So, how is this relevant? Well, if you apply those numbers to the Star Wars galaxy, which is canonically twice the size of our own, with 3.2 billion habitable planets, the odds of the same dozen people running into each other constantly become astronomical. For the Skywalker Saga, this made sense, as we were focused on one family and the group that surrounded them, but for in-universe stories outside that storyline? It’s stretching things a bit.

Through franchises like The Bad Batch and The Mandalorian, fans have seen protagonists with little or no connection to the Skywalkers run into similar faces across decades of time. These characters include Saw Gerrera (Forrest Whitaker), Fennec Shand (Ming-Na Wen), Cad Bane (Corey Burton), Bo-Katan Kryze (Katee Sackhoff), and Ahsoka Tano (Rosario Dawson/Ashley Eckstein), to name just a few. These appearances haven’t all been cameo or fan service, however.

What’s the Difference Between Fan Service and a Meaningful Cameo?

Ahsoka’s (Dawson) appearance in the second season of The Mandalorian contributed to the plot in a way that really would have only made sense for her. An outcast Jedi, a connection to the force, and the perfect segue into introducing Baby Yoda/Grogu (himself). Her appearance also set up her upcoming solo series and introduced the character in live-action.

The same could be said for Luke Skywalker’s (Mark Hamill) part in the epic conclusion of The Mandalorian Season Two: at this time in the canon, he would be starting his Jedi training school, and it would only make sense he would be the one to find the force-sensitive Baby Yoda/Grogu (himself). Where things start to get dicey is things like Cad Bane’s (Burton) appearance in The Book of Boba Fett.

Was it cool to see the character in live-action? Absolutely. Did he translate well to live-action? Yes. Did he serve the plot for more than just fan service…eh? A different or new bounty hunter could have easily filled the shoes of Cad Bane (Burton) and would have solidified Book of Boba Fett as Boba’s (Temuera Morrison) story, not the conclusion of Bane’s (Burton).

How Did Andor Pull It Off?

Though there are some familiar faces in the Disney+ series, Andor, they’re subtle enough that one could blink and miss them. The three cameos? Ruescott Melshi (Duncan Pow) from Rogue One: A Star Wars Story (2016), Wullf Yularen (Malcolm Sinclair) from both Star Wars: Episode IV A New Hope (1977) and The Clone Wars, and Saw Gerrera (Whittaker).

So, if this short series had three cameos already, how did it feel more natural and not like fan service? Let’s take a look. First, Melshi (Pow): a minor character in Rogue One, his appearance very much flew under the radar. There was no dialogue pointing to him or saying, “I wouldn’t see him again until the Rebel Alliance”; it was a simple character origin, which fit with the theme of Andor.

The other two cameos? They made sense! When dealing with small groups of Rebels and Imperials, you’re bound to encounter similar faces. Yularen (Sinclair) was another understated example; his name not being uttered in the series, a fan would have to dig before they could confirm that it was actually him. With Stellan Skarsgård’s Luthen Rael seeking out Rebel insurgents, it’s only natural that Saw (Whittaker) would appear sooner or later, but, again, he wasn’t a driving part of the plot, he was a naturally fitting side character.

The argument can certainly be made that Star Wars is all make-believe anyway, so why does it matter? If it’s all made up, why can’t the same dozen people keep running into each other? That’s a fair point, but the answer comes down to world-building or, in this case, galaxy-building.

When an author, playwright, or screenwriter creates a new work of fiction, they also make the rules and boundaries of that world. That’s why something like a lightsaber would feel a little out of place in “The Lord of The Rings” because Tolkien established the rules and limitations of the world he built in Middle-Earth.

If George Lucas and the creative minds at Lucasfilm have established an entire Galaxy (which they have, in the very first frame of the film stating the action takes place in “a Galaxy far, far away”), then there are rules that come with that. While Tatooine has been a recurring locale, the original trilogy and prequel trilogy took us to many different places, introducing us to a myriad of characters!

How Can Lucasfilm Explore the Rest of the Galaxy and Still Feel Like ‘Star Wars’?

So, if Lucasfilm whisks audiences away from the core planets, and even the outer rim, and takes us to places we haven’t seen to meet people that haven’t heard of a Skywalker, will it still be Star Wars? It certainly can be. In this case, it comes back to the world-building we discussed in the previous section, so what makes Star Wars definitively Star Wars and not generically sci-fi?

To answer that, we need to look at both Andor and the first season of The Mandalorian. Both series still definitely felt like Star Wars without trained Jedi, Lightsabers, The Millennium Falcon, or a single Skywalker. How’d they do it? A lot of it comes down to design. Both Andor and Season 1 of Mando nailed that classic Star Wars look of 1970s retro-futurism, but that’s not all!

According to Wookiepedia, the Empire had control of 25 million settled planets during its reign, meaning there are millions of planets with Stormtroopers, Star Destroyers, Tie-Fighters, and other classic Imperial Star Wars elements that fans would immediately recognize. While there were much fewer planets officially aligned with the Rebel Alliance, there were still likely millions of small rebellions like the one we saw in Andor on Ferrix.

Put simply, it would be easy enough to have Star Wars elements as part of an original Star Wars project, things like The Empire, The Rebel Alliance, blasters, X-Wings, Tie-Fighters, established Star Wars species, and even Force users! Throw it all in with some original characters, and let audiences see what is going on in different parts of the galaxy and how different people react to significant events in Star Wars.

It would be fascinating to see the reaction of planets across the galaxy to the destruction of the Death Star: How would other Imperials handle it? How would those under Imperial oppression handle it? Would there be uprisings? Defections? A surge of Imperial patriotism? There is so much untapped potential for engaging stories with original characters here!

This article isn’t saying that characters from The Clone Wars or The Skywalker Saga don’t have value; they do! What this article is trying to say is that those characters don’t necessarily need to be a part of everything in Star Wars. Lucasfilm needs to let new characters stand on their own two feet and let them shine!

What do you think? Do you enjoy more or fewer cameos in Star Wars original content? Let us know in the comments below!