'The Bad Batch' Episode 3 Ending Explained - Inside the Magic 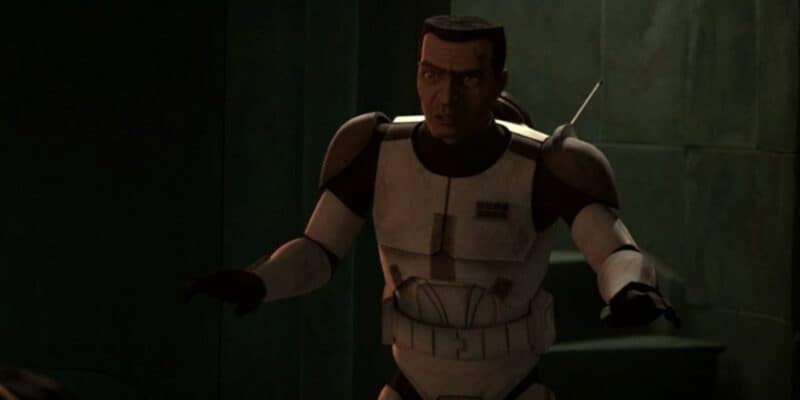 Good soldiers follow orders might be the common phrase for clone troopers during Order 66, but it also became Crosshair’s life.

He followed orders and killed innocent children. He hunted the brothers he loved because of orders. He refused to accept commands that would betray the mission because of the orders he was given. In the end, Crosshair is the Empire’s perfect soldier, but he might realize that isn’t a good thing.

Star Wars: The Bad Batch — “The Solitary Clone” reveals that Crosshair is back with the Empire and gets to work with Commander Cody. They take out some reprogrammed droids and deal with Governor Tawni Ames as she holds an Imperial Governor hostage. Crosshair ends up killing her, and they finish the mission.

After a conversation with Commander Cody about if they are doing the right thing, Crosshair leaves for his barracks. He wakes up the next day, sees Vice Admiral Rampart, and learns that Cody has gone AWOL. He is given another mission, and Rampart teases Crosshair that it’s weird clones tend to “disappear” after seeing him.

This is a direct poke at Crosshair after Rampart learns that Clone Force 99 is alive and in hiding after their attack on Serenno. While the episode ends right here, there are two major things that fans learn. Cody is finally leaving the Empire, and Crosshair seems to be debating if he should stick with the Empire.

After seeing Crosshair kill Governor Tawni Ames in cold blood, Cody probably couldn’t live with his actions anymore. As a clone commander who shot and believed he killed Obi-Wan Kenobi (which fans know he didn’t), it’s surprising that Cody is starting to doubt his actions.

The Bad Batch still needs to explain why the inhibitor chips stop working for some clones and not others. At the end of the episode, Cody’s talk with Crosshair reveals that he isn’t happy with his decisions as he wants to help make the galaxy a better choice and is now realizing that the Empire isn’t doing that.

Now, fans will have to wait and see if Cody will return later in the season, as the trailer may have revealed that the Empire will hunt down the wanted clone for desertion. If so, Cody will need all the help he can get, and it’s unclear if Crosshair would kill him or switch sides and leave with Cody.

Crosshair is the “solitary clone” in the episode. He does his job and is left without a family or anyone he likes to be around. Regular clones avoid him. The Empire only takes him in because he does a good job. Crosshair must realize that his time with Rampart might be coming to an end as the Vice Admiral doesn’t seem interested in having Crosshair around.

After seeing his morning routine, Filoni might be creating parallels to ISB Agent Kallus from Star Wars: Rebels, who served the Empire faithfully until his philosophy was shaken by being saved from Zeb. From that moment, Kallus helped the Rebellion from within as Fulcrum.

One fan noticed that the two sitting in their barrack and having the extra time focused on them is a direct parallel to Kallus, leaving fans to wonder if Crosshair will finally redeem himself:

i think i’ve seen this film before

It’s obvious that Crosshair is contemplating what to do. With the Empire set to continue phasing out clones for Stormtroopers, it’s only a matter of time before Crosshair is no longer needed and left with no purpose.