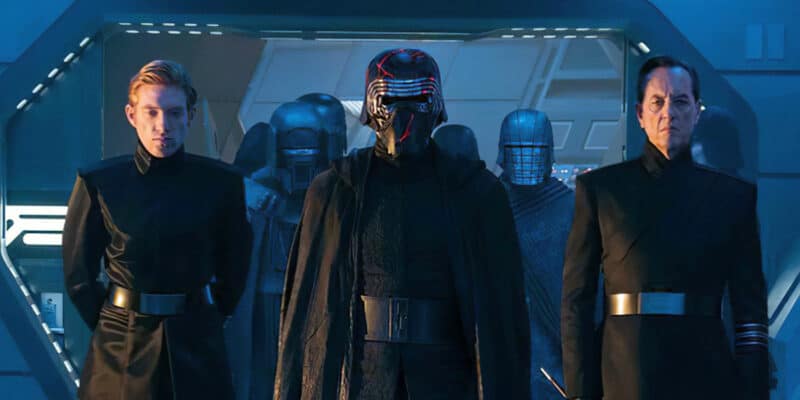 With John Krasinski out as Reed Richards, Marvel may be close to finding his replacement!

There are still a few huge properties that Marvel Studios now owns that it has yet to bring to the Marvel Cinematic Universe. One is the world of the X-Men. Though mutants have been teased and talked about in the current Marvel Cinematic Universe, and Hugh Jackman and Patrick Stewart have even reprised their roles, no others from the franchise have even been hinted at. The other franchise? The Fantastic Four.

Much like The X-Men, The Fantastic Four has only a brief cameo in the Marvel Cinematic Universe. In a surprise fan-inspired casting, John Krasinski appeared as Reed Richards/Mister Fantastic in Doctor Strange in the Multiverse of Madness (2022). Though part of an organization that helped defeat Thanos (Josh Brolin), alongside Captain Marvel (Lashana Lynch) and Professor X/Charles Xavier (Patrick Stewart), his character didn’t contribute much.

Shortly after being introduced, Richards (Krasinski) was quite literally torn to shreds by a vengeful Wanda Maximoff (Elizabeth Olsen). However, this variant of Richards (Krasinski) can’t be the only one for several reasons. Not the least of which is that, in Marvel Comics, the character is the ancestor of who would eventually become Kang the Conqueror (Jonathan Majors). However, this could easily change in the Marvel Cinematic Universe Adaptation.

The other reason is that Marvel Studios has committed to releasing a Fantastic Four (2025). Rumors about casting have been buzzing even immediately following Multiverse of Madness. These fires were stoked by Krasinski’s statements last year about his not being involved in the new adaptation. So, who would take up the mantle?

In many rumors surrounding casting, the name Adam Driver, of Star Wars sequel trilogy fame, has been prevalent. In October of 2022, the actor’s name came up associated with Fantastic Four, but in a very general sense, indicating that he could fill any one of the famous roles, from Reed Richards, or Johnny Storm to Doctor Doom and in-between. Now, more rumors suggest that the Kylo Ren (Adam Driver) actor may be the frontrunner for one of those roles.

According to a video from Beyond the Trailer and a report from The Direct, Adam Driver is the first choice for Marvel Studios to be Mr. Fantastic himself: Reed Richards. While this is far from confirmed, a few factors make this a pretty safe theory: Firstly, time is winding down: we are now just two years away from a Fantastic Four release, and potential cameos could be forthcoming even sooner. Figuring in time for principle photography and post-production now would be the time to get a cast together.

The second factor is the frequency and consistency with which these rumors have popped up. Once might be a coincidence, but several times, and from several different sources, seem to be pointing to something verifiable. Driver would lend a completely different interpretation to the role, and it would undoubtedly be fascinating to see what he would bring to the Marvel Cinematic Universe!

What do you think about Adam Driver playing Reed Richards? Let us know in the comments below!