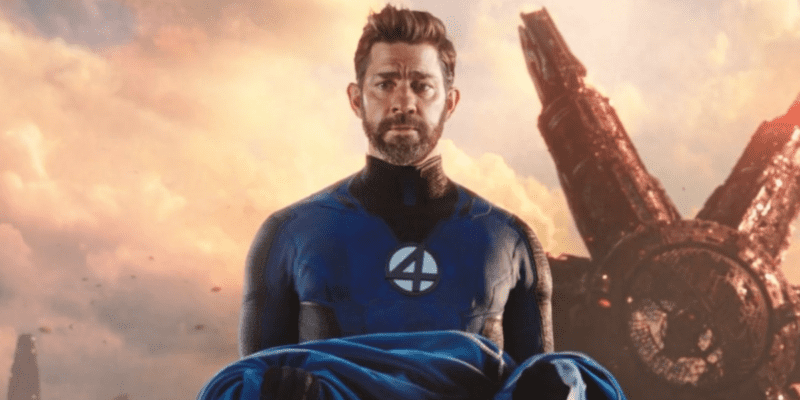 The absence of Marvel’s First Family in Kevin Feige’s Marvel Cinematic Universe has been felt for quite some time. With 20th Century Fox — now, Studios — owning the characters, it would take The Walt Disney Company’s acquisition of the film giant to bring iconic franchises like the Fantastic Four and the X-Men back under the Marvel Studios banner.

Earlier this year, Reed Richards made his MCU debut in Sam Raimi’s Doctor Strange in the Multiverse of Madness (2022) but it will be some time until the comic book movie studio brings a Fantastic Four into movie theaters — 2024, to be precise. And while Marvel Studios is taking its time to confirm its leading quartet of actors, the original home of the beloved family is not scared to dismantle everything fans thought they knew.

Created by Stan Lee and Jack Kirby, the Fantastic Four were the first team of superheroes created for Marvel Comics and made their debut in 1961’s “Fantastic Four #1”. Made up of four scientists-turned-heroes, the Fantastic Four gained their respective powers after becoming exposed to cosmic rays from outer space.

Thus, Reed Richards became Mister Fantastic, Susan Storm the Invisible Woman, Johnny Storm as the Human Torch, and Ben Grimm became Thing. The family has had the longest tenure in comic book history, and after the latest bout of books failed to deliver on the scale expected of such a beloved superhero squad, Marvel is now relaunching once again… and they are breaking up the team.

This November, writer Ryan North and artist Iban Coello launch an all-new run of FANTASTIC FOUR where they’ll take this beloved team of Super Hero icons to exciting new places throughout the Marvel Universe and beyond!

Packed with the grand, high-concept sci-fi storytelling that only the Fantastic Four can deliver, this bold new era will kick off with the team spread across the country after a devastating event takes place back in New York. North and Coello will craft separate adventures spotlighting each member of the team before bringing the band back together in epic fashion at the end of the book’s first arc! The debut issue will star Ben Grimm and Alicia Masters as they embark on a road trip that takes a very weird turn…

The leading comic book giant shared a first look at the series with panels including Ben Grimm and Alicia Masters’ weird excursion.

The series from Marvel Comics begins on November 9, 2022.

While it is not clear if the upcoming comic book run will influence the story of the future Marvel Phase Six Fantastic Four film, the concept of breaking up the team to explore situations outside of the team dynamic would be another way to reboot the characters for a cinema audience. Marvel’s First Family has already had multiple cinematic outings with Fantastic Four (2005), and Fantastic Four: The Rise of the Silver Surfer (2007), starring the likes of Jessica Alba (Sue Storm) and Captain America actor, Chris Evans (Johnny Storm), and later, 2015’s widely-panned box office failure, Fantastic Four (2015).

In terms of the casting for the upcoming Marvel Studios outing, there have been no concrete announcements. John Krasinski and Emily Blunt have been frequently tapped to play Reed Richards and Sue Storm with both denying any involvement in the superhero franchise — that was before audiences saw Krasinski’s elastic hero in Raimi’s Doctor Strange sequel this past May.

There’s a chance here that Marvel was playing with fans who have kept Krasinski at the top of their list for quite a while, and will instead confirm his Variant status and introduce the “real” Mister Fantastic further down the line. If “real” even exists anymore in the current Multiverse Saga. You‘s Penn Badgley has also been rumored for the role.

Fantastic Four in the MCU is currently slated to release on November 8, 2024, as part of Marvel Phase Six, and will be directed by Matt Shakman after Jon Watts dropped out of the project; Jeff Kaplan and Ian Springer are tapped to pen the script. So far, Phase Six consists of Fantastic Four, Avengers: The Kang Dynasty (2025), and Avengers: Secret Wars (2025).

As for the renowned villain, Doctor Doom, the rumor is the Marvel comic book character will appear in the upcoming Black Panther: Wakanda Forever (2022), which will also debut the franchise’s new “Iron Man”, Riri Williams AKA Ironheart played by Dominique Thorne.

How do you think Marvel Studios should approach the Fantastic Four? Let us know in the comments down below!