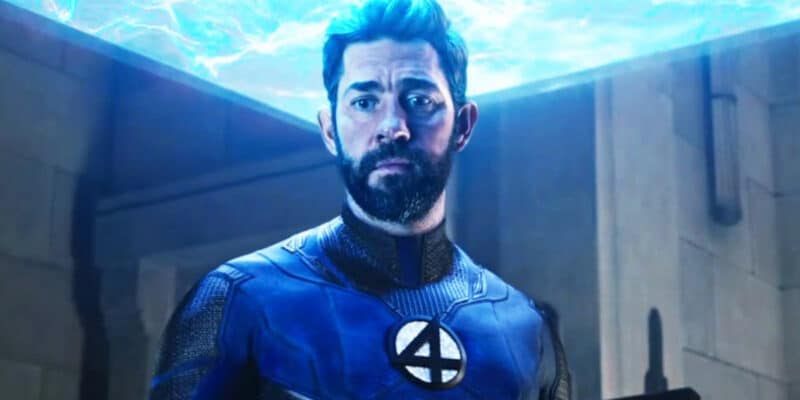 The Office actor answered the question audiences have been wondering about The Fantastic Four (2025).

It’s not often that dream casting meets with reality. Since the beginning of the Marvel Cinematic Universe and Iron Man (2008), fans have been making dream casting choices for who they would like to see in various Marvel roles. Popular fan casting choices include Dwayne Johnson as Ben Grimm/The Thing, Keanu Reeves as The Punisher, Rami Malek as The Silver Surfer, and the list continues. One such fan casting, which was talked about for years, was Office Alumni John Krasinski as Reed Richards/Mr. Fantastic.

Audiences certainly couldn’t have been expecting some of the major surprises in Doctor Strange in the Multiverse of Madness (2022). When Stephen Strange (Benedict Cumberbatch) jumps, together with America Chavez (Xochitl Gomez), to a parallel dimension, he encounters an elite group of superpowered individuals who control their corner of the Multiverse. Introducing him to this group is a Multiversal variant of his one-time friend and nemesis, Baron Mordo (Chiwetel Ejiofor).

Things start somewhat slowly with variants of characters we had been introduced to, Captain Carter (Hayley Atwell) and Captain Marvel (Lashana Lynch), and Black Bolt (Anson Mount), but things quickly picked up! In a beam of light from a teleportation device, Reed Richards/Mr. Fantastic (Krasinski) himself appears. The surprises didn’t stop there: after some short discussion, a live-action incarnation of the 90’s X-Men: The Animated Series, Professor X, appears, played by none other than Sir Patrick Stewart.

Stephen (Cumberbatch) spends a fair amount of time learning from this group, called The Illuminati, what his variant has been up to, and why he, Dr. Strange (Cumberbatch), has been deemed one of the most significant threats to the Multiverse.  Unfortunately, he doesn’t spend that much time with them, as Wanda (Elizabeth Olsen) dispenses with each group member quickly and gruesomely, much to the chagrin of both audiences and some of the actors.

Since his appearance in this Marvel movie, and the subsequent announcement of a Fantastic Four film being developed by Marvel Studios, fans have been anxiously wondering: Will Krasinski reprise his role in the Marvel Cinematic Universe? It seems those hopes have been dashed, however, as Krasinski answered the question posed by reporters from The Wrap. When asked if there had been any discussion about his continuing in the role, the actor replied,

“There aren’t any discussions at all, the only discussion I had was actually in the second-to-last week of ‘Jack Ryan’…Kevin Feige called and said would you ever fly to L.A. and play in our sandbox for a day? I was honored to do it. I flew right from Budapest when we wrapped and went right to the ‘Doctor Strange’ set. I’m a big fan of all those characters and that world, so to get to play in that sandbox for one day was a real thrill.”

It looks like audiences won’t be seeing John Krasinski reprising his role in the Marvel Cinematic Universe anytime soon. There is still hope, however: The Fantastic Four film that Marvel Studios is developing is still in the very early stages of development and isn’t set to be released until early 2025. Who knows? Maybe Krasinski will get another last-minute call to the delight of Marvel fans worldwide!

Who do you think they should cast as Mr. Fantastic, if not John Krasinski? Let us know in the comments below!